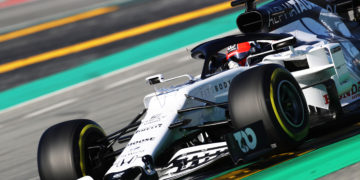 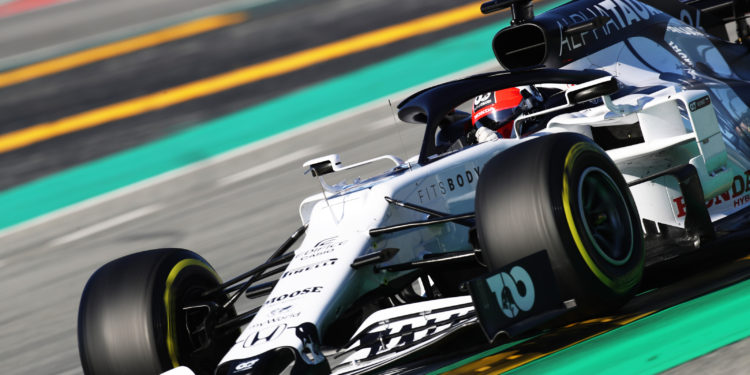 In the second of our Formula 1 testing reviews, it’s the turn of the Alfa Tauri Romeos to have their pre-season grades revealed.

While testing always has to be taken with a pinch of salt, a certain amount of information can usually be gleaned from what drivers, team bosses and, of course, the time sheets have to say. Moving onto Alfa Romeo and Alpha Tauri, here’s the second of our testing reviews from the 2020 pre-season.

The Formula 1 team formerly known as Toro Rosso may have a striking new look and some snazzy clothes to go with it, but their position as the junior Red Bull team remains unchanged for 2020. Daniil Kvyat and Pierre Gasly may both be rejects of the senior team but, with momentum on their side in the second half of 2019, the pair are hopeful of achieving strong results this year as they hope to fight their way back to Red Bull Racing.

The ‘debut’ Alpha Tauri, the AT01, has quite a few components from last year’s Red Bull RB15, and it’s no surprise that the car performed solidly the whole way through testing.

Both Kvyat and Gasly were certainly capable of racking up the mileage, putting in a total of 769 laps over the six days of testing – all of which were done using a single Honda engine in a display of complete reliability from the Japanese manufacturer. The only issue which actually cost the team any significant track time was on the first day of the second test, when a loose pipe required the floor of the AT01 to come off and the power unit to be disconnected while the team rectified the problem.

In terms of time found from last season, Alpha Tauri’s best lap of 2020 was actually a tenth slower than what they achieved last year in testing. Alex Albon and Daniil Kvyat both lapped Catalunya in 1:16.8 last year, with those times set on the C5 compound. This year, the team’s best time was a 1:16.9 from Daniil Kvyat. This time was set on the C4 compound and, with Pirelli stating a 0.45 second delta between tyre compounds, it puts Alpha Tauri on roughly a third of a second faster than they were at the same point last season.

The long runs were consistent too, strong enough for McLaren’s Carlos Sainz to highlight Alpha Tauri near the top of the midfield. Daniil Kvyat and Pierre Gasly, as well as team boss Franz Tost, were all in jovial spirits throughout testing, with the drivers in particular unable to hide their smiles at the end of long and tiring days.

Gasly, in particular, was enthusiastic about the new Alpha Tauri, and praised Honda for their work over the winter: “They made a big step last year, and this year is even better. Reliability…there hasn’t been an issue in the two weeks. It’s quite impressive. I don’t want to say any more as that’s when shit starts going wrong! It’s been really great, and we’re really pleased.”

Referring to the AT01, he said: “Overall, as a package, it’s a good evolution from last year. There are a couple of things that are better, others we need to work on, but overall we have good potential.”

“Difficult to put a number on it but the overall feeling is that it feels quite similar to last year. It’s a slight improvement, there’s nothing that’s way better or way worse, but the overall package is slightly better.”

Alfa Romeo’s pre-season testing was a mixed bag, with the drivers usually close to the bottom of the timesheets on each day. According to the team, their qualifying simulations on the penultimate day were ruined by yellow flags, meaning a true fast run from Antonio Giovinazzi on his last day never materialised, but there was some indication of speed from Robert Kubica.

The Polish driver may only be the team’s reserve, but he was given a total of a day’s running during pre-season, and he made use of his final morning to return to the top of a Formula 1 timing screen by doing a 1:16.942 on the C5 compound. This time is just over a second off the best time of testing overall, by Valtteri Bottas, on the same compound. With all due respect to Kubica, it’s quite likely that Kimi Raikkonen and Antonio Giovinazzi have a few tenths more in their pocket out of sheer familiarity with downforce – Kubica admitted himself to struggling to ‘get to grips’ with actually having something that was woefully lacking on the last F1 car he drove. However, at face value, Kubica’s time is still a 0.3 second improvement on last year’s best Alfa time from Kimi Raikkonen on the same compound – this time is decidedly mid-table.

Knocking off a further (and presumptuous) 0.3 seconds would put the Alfa Romeo roughly on the pace of the Racing Point and just behind the best times set by Lewis Hamilton’s Mercedes and Esteban Ocon’s Renault – decent single lap pace then, from a usually quite tidy car from the Sauber company.

However, the long run pace wasn’t particularly strong on the final days, not helped by Antonio Giovinazzi damaging the new rear wing fitted on his C39 on his final day in the car. Giovinazzi said he wasn’t ‘100% happy’ leaving testing, and admitted that there is some improvements still to be made between now and Melbourne.

Kubica was more positive, saying he could feel the improvement in the car between his two stints, and that the driver’s feedback has been good: “We have something in our pocket and we have definitely some new parts coming. So there’s quiet optimism that we did actually improve a few areas where we struggled last week, where my feeling and actually all drivers feeling was that we have to improve and actually, the reaction was very good, very big.”

Jan Monchaux, Technical Director at Alfa Romeo, said: “We can look back at the last two weeks with satisfaction for a job well done, although we are fully aware that the real task is still ahead of us. Over these two tests, we have gained a good understanding of the C39 and we feel prepared for the start of the season. We have completed nearly every item on our testing list, which is what you set out to do before even looking at performance, and we can now look forward to putting the final touches on the car before flying to Australia.”