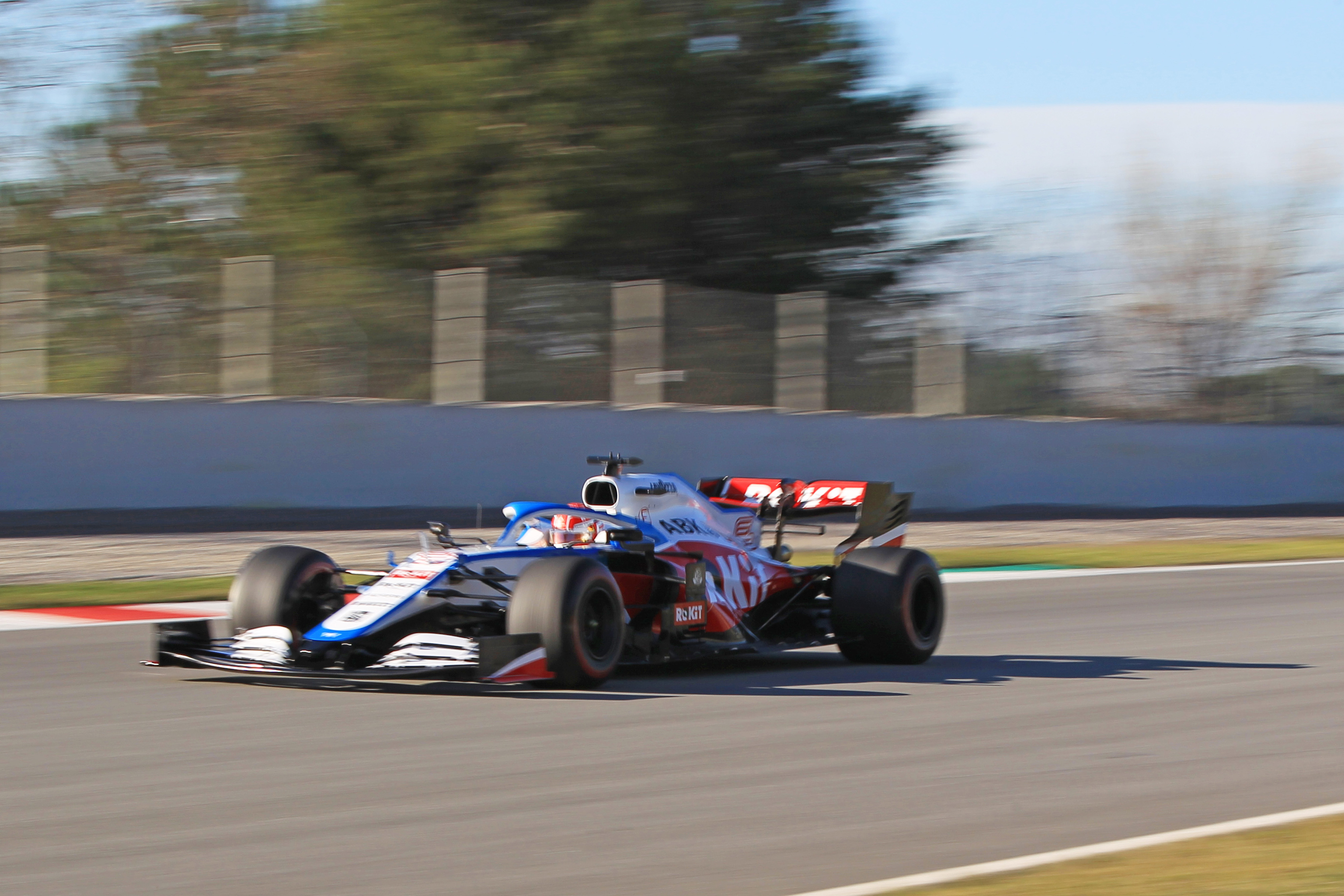 In the first of our Formula 1 testing reviews, Williams appear to have taken a step forward, while Haas’s 2019 woes might not be at an end…

While testing always has to be taken with a pinch of salt, a certain amount of information can usually be gleaned from what drivers, team bosses and, of course, the time sheets have to say. Starting with Williams and Haas, here’s the first of our testing reviews from the 2020 pre-season.

Of all the teams on the grid, there was only really one direction that the beleaguered Williams team could go for 2020. After a dismal 2019 and failing to take part in testing until the third day in Barcelona last year, the Williams FW43 was on track even before testing began this year as the team carried out a filming day. At 9am on the first day, Williams were the very first team to go out on track – and the relief was palpable.

That first day, Claire Williams couldn’t stop smiling as she addressed media to explain how the whole team has put their shoulder to the grindstone in an effort to improve: “You can sense the difference in the team. You can sense the greater level of communication amongst all the areas across the departments and, I mean the spirit has always been there, but it’s there more than I’ve ever seen it before. And everybody is working incredibly hard to make sure that we deliver performance over the course of this year.”

The team completed more than 100 laps on five of the six days, but didn’t enjoy particularly strong reliability compared to some of the other teams. The FW43 required three different power units to get through testing, although the two failure that were encountered by Nicholas Latifi on two separate occasions were both caused by issues on Mercedes’ end, with Claire Williams emphasising that the only issue Williams themselves had was a sensor issue that only caused a brief delay.

Williams found around 1.5 seconds in terms of outright pace over a lap at Catalunya, while pacesetters Mercedes were 0.5 seconds quicker than last season – Ferrari weren’t any quicker at all. The one second a lap pulled back by Williams was enough to usually place them in the midfield times during testing, but a more realistic outlook was offered by Claire Williams when she said that the target is to make it into Q2 and to ‘fight for pride and dignity’.

Both drivers praised the FW43 for being more stable and predictable, meaning they should be able to more consistent than the quite scary 2019 car, while senior engineer Dave Robson said the data shows the car is a big step forward: “It’s quite a lot better than last year’s, but the whole sport is a race so while our car is better than it was in December, that doesn’t mean much if everyone else has moved on a lot. The drivers are happy, the track is favourable, and the car is promising.”

However, with quite a small budget, the team may find themselves out-developed by pretty much everyone throughout this season. Even if the car does turn out to be reasonably competitive at the start of the year, the requirement to develop it to the end of the current regulation cycle while simultaneously designing next year’s car to radical new tech rules means that Williams will still find it difficult to move up the pecking order this season.

Haas are another team aiming to bounce back from a tough 2019, never getting to grips with the troublesome VF19. Last year’s car was capable of going quickly, but the team never figured out why or how to unlock its potential. Most of these issues were downforce related, leading the team to take drastic measures by running two completely different configurations of car through the mid-season in an attempt to figure out where they’d gone wrong.

2020 testing wasn’t particularly re-assuring that the team have figured out their problems. Their fastest time of testing this year was a 1:17.0 – identical to last year’s. However, the 2020 time was set on the C4 compound – last year’s was on the C5. So, on paper, the Haas VF20 appears to be a few tenths quicker than last season’s.

However, it was extremely noticeable just how cagey both Romain Grosjean and Kevin Magnussen were about explicitly saying the car is better. So much so, that Grosjean flat out refused to answer, instead saying that he was ‘choosing to be cautious’ and won’t be speaking about it until a few races into the calendar. Grosjean was one of the few drivers to bring out the red flags with a driving error during testing, spinning off backwards at Turn 4 as the temperatures dropped in the evening of the second day. A ‘minor issue’ cost them some time on the third day too, before Kevin Magnussen suffered a dramatic puncture due to a wheel rim problem in the afternoon of the same day. The damage to the car was too much to get fixed up, meaning the team did lost some valuable testing time in the second half of the first test.

About the most information the drivers would offer regarding the Haas VF20 was that the ‘feeling isn’t too bad’, and that they were hopeful of getting the aerodynamics to ‘behave how they want it to’.

“I think we have [improved].” said team boss Guenther Steiner. “This testing, we’ve been in our only little world. We didn’t look at anyone else, instead trying to understand things. We are better, but how that translates to when we go racing yet, I don’t know.”

Asked about what the drivers thought, Steiner said: “Drivers always just want to go faster, and better, but in general they are not unhappy.”

“We’ve been more careful, we’ve tried to prepare better and have more solutions to issues setting the car up, but we go to Australia not sure so let’s find out where we really are.”

Part 2: Alfa Romeo and Alpha Tauri on the way on Tuesday.