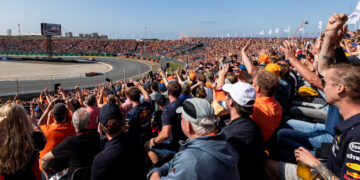 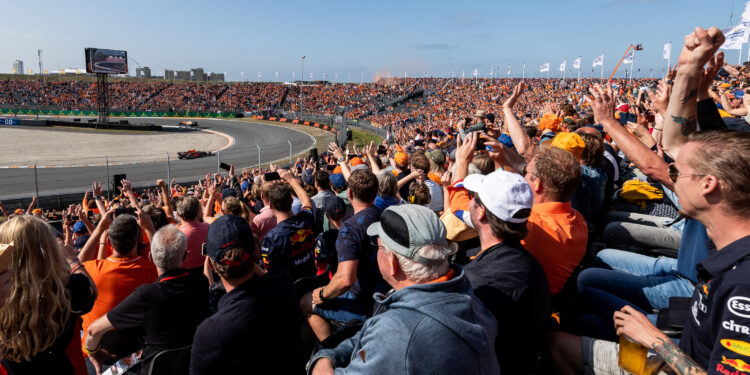 Dutch Grand Prix – Red Bull’s Max Verstappen laid down the marker on Saturday when he claimed pole position for his home race at Zandvoort in the Netherlands.

The Dutch driver only narrowly claimed the top spot after a dramatic last charge from championship leader and Mercedes driver Lewis Hamilton. The Briton starts on the front row, behind Verstappen, just 0.038s off his rival.

It was a bad day for Williams as both George Russell and Nicholas Latifi crashed out in qualifying, bringing out the red flags on both occasions. Russell’s car escaped the heavier damage, whilst Latifi’s mechanics will have much more work to do. Both drivers are able to start from their qualifying slots.

The biggest shock from Saturday was Sergio Perez as the Red Bull driver was knocked out of Q1 and will start way down in 16th place. The Mexican may still take an engine penalty which would dictate a pitlane start, yet this is to be confirmed.

Both Haas drivers Mick Schumacher and Nikita Mazepin have escaped penalty as they were called to the stewards after blocked Aston Martin’s Sebastian Vettel on a hot lap. No further action will be taken against the drivers, however they still start at the back of the grid.

Alfa Romeo’s Kimi Raikkonen will take no part in the Grand Prix as the Finn has tested positive for COVID-19. In his place, Robert Kubica will take over the reigns of the C41 having qualified down in 18th.

Here is the full grid for the Dutch Grand Prix: