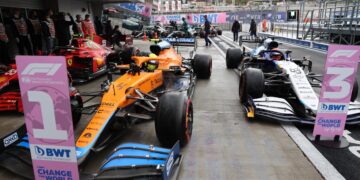 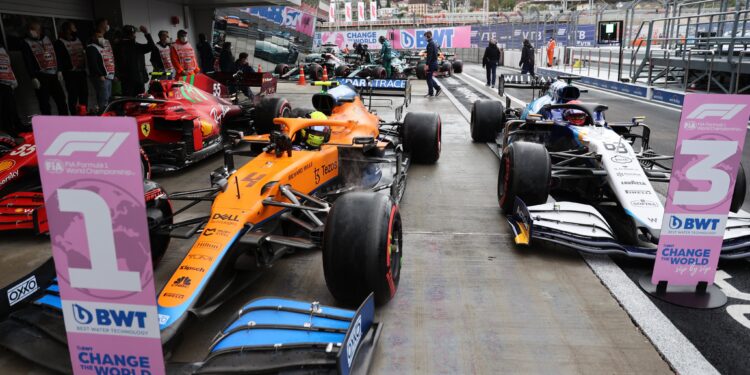 Russian Grand Prix – After a wet start to qualifying, the session ended in a stunning climax which saw McLaren’s Lando Norris get his first career pole, and the teams’ first since Brazil 2012.

The top three was full of surprises as Ferrari’s Carlos Sainz, and Norris’s former teammate starts alongside the Briton on the front row. A sensational performance from Mercedes-bound George Russell rounded out a McLaren, Ferrari, and Williams top three.

The long run down into Turn 1 will not be favourable for Norris who will have Sainz and Russell breathing down his gearbox on the 890m run into the first corner, with Norris particularly weary of this threat.

It wasn’t a good day for the championship contenders as Mercedes driver Lewis Hamilton was unable to qualify higher than fourth after a touch with the barriers in the pitlane. Teammate Valtteri Bottas has also been slapped with a grid drop following an overnight engine change. The Finn will now start down in 17th place.

Red Bull’s Max Verstappen took a brand new engine for this weekend and will start at the back of the grid, joined by Ferrari’s Charles Leclerc, and Williams driver Nicholas Latifi.

Here is how the drivers line up for the Russian Grand Prix: