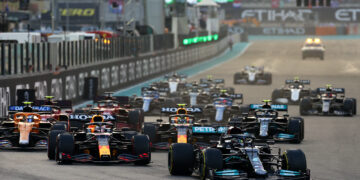 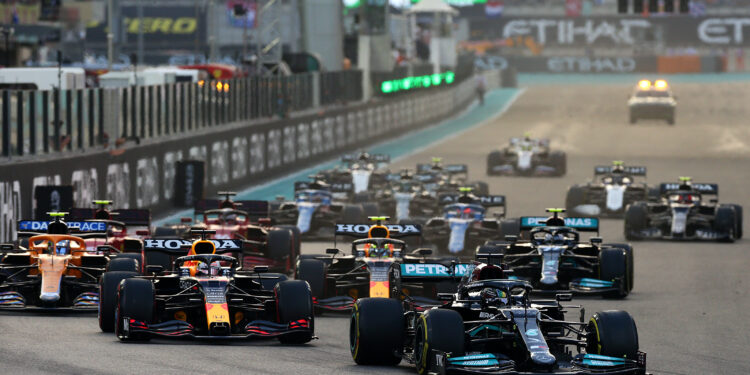 Another Formula 1 season is just around the corner and with it comes some fresh dates for you to mark off on your calendars. FormulaSpy.com takes you through the when’s and where’s for 2022!

The 2022 season is F1’s biggest year to date. Jam-packed with 23 race weekends, six of which include the Sprint Qualifying format, the sport has never looked busier.

With a new US event around the Hard Rock Stadium in Miami, as well as a welcome return to Australia for the first time in two years, the teams and drivers will have a lot to contend with this year.

As is a staple in the sport now, Bahrain will kick off the season in style for one of the F1’s many night races on 20th March. The F1 circus stays in the Middle-East as the sport takes a quick hop over to Jeddah for the Saudi Arabia Grand Prix on 27th March rounding off the opening double-header.

Monaco will complete the second double-header of the season so far on 29th May. Monaco is unique this season after Thursday practice was dropped for the more traditional Friday.

Azerbaijan and Canada will host the third double-header of the season on 12th and 19th June, with Montreal hosting the first Canadian Grand Prix since 2019.

Yet another double header comes next at France and Hungary on the 24th and 31st of July, before the usual three week summer break, giving the teams and drivers a chance to cool down after the hectic first four months.

F1 returns to action at Belgium on 28th August with the Netherlands playing host to the Dutch Grand Prix on 4th September. The Italian Grand Prix at Monza rounds out the seasons’ first triple header of 2022 meaning it’s all hands on deck after the break.

After a weeks’ pause the second triple header kicks off at Russia on 25th September with Singapore making it’s return after a two year hiatus on 2nd October. The Japanese Grand Prix will round off the trio of races on 9th October – F1 hasn’t raced around Suzuka since 2019.

The US Grand Prix at The Circuit of the Americas will take place on 23rd October with F1 moving south to Mexico on 30th.

The sport moves to South America for the Brazilian Grand Prix on 13th November with the season rounding off at Abu Dhabi a week later on 20th November.

The new Sprint Qualifying format that was trialled in 2021 is expanded from three to six for the new season. Silverstone and Monza are dropped from Sprint Qualifying with Bahran, Imola, Canada, Austria, Netherlands, and Brazil hosting the dash to pole.

The world will get to see the new-style F1 cars take to the track in February when Barcelona hosts a three day test from 23rd to 25th February. This session will not be broadcast on television, but each day will get a full summary on F1 TV.

After a two-week gap, the second test of 2022 will see Bahrain host three more days of track running from 11th – 13th March. These sessions will be broadcast live via F1 TV

The teams have also been given two days of running for filming days throughout 2022.