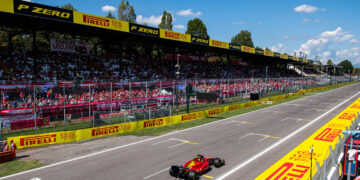 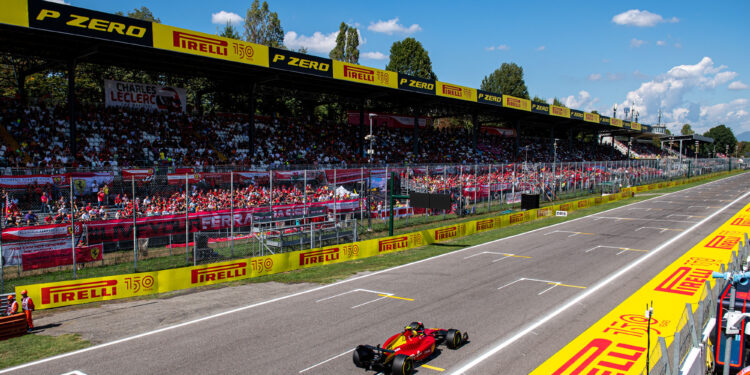 Italian Grand Prix – With a lot of penalties being handed out, polesitter Charles Leclerc is the only driver who will line up in his qualifying position.

Just as in Belgium, the stewards were dishing out a lot of grid penalties for drivers who had gone over their parts allowances for power unit components. While overall there was one more driver with a drop to their name than in Spa, this time only three were relegated to the back of the pack compared to the six a couple of weeks ago.

However with more fiendish calculations needed in order to sort out how the grid would be lining up for the race after applying all the positional drops, the starting order was a mystery to all in the paddock until the stewards released their provisional line up hours after qualifying ended.

After taking pole position to the approving roar of the tifosi yesterday, Leclerc will be the only car starting where he qualified after Max Verstappen received a five place penalty for a component change and Carlos Sainz was sent to the back for power unit and gearbox changes.

It wasn’t only the P2 and P3 drivers with penalties though as both Sergio Perez and Lewis Hamilton, who ended qualifying in P4 and P5, were also shuffled backwards with the Red Bull racer’s 10 place penalty and the seven-time champion also ordered right to the back.

That means that it will be a Ferrari/Mercedes front row with George Russell moving up to start alongside Leclerc while McLaren have been handed an opportunity to try to repeat their 1-2 from last year’s Monza race with Lando Norris and Daniel Ricciardo on an all-papaya second row. The Australian will be easy to spot in the race thanks to a fun Valentino Rossi inspired helmet he revealed today.

Pierre Gasly and Fernando Alonso will line up beside each other on row three while the fourth row will see championship leader Verstappen start just ahead of Williams’ Nyck de Vries, after his whirlwind last-minute call to action and impressive qualifying yesterday, in his inaugural Formula 1 Grand Prix.

The top ten will be rounded out by Zhou Guanyu and Nicholas Latifi, while the two Aston Martins will line up with Sebastian Vettel ahead of Lance Stroll on row six, just ahead of the remaining penalised drivers. The last row of the grid will be made up of Hamilton and Yuki Tsunoda, thanks to his multiple power unit part changes, as well as positional drops for picking up five reprimands so far this season, and ignoring yellow flags in practice.