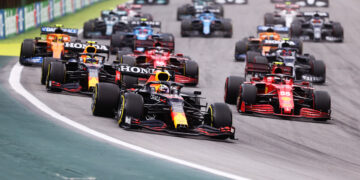 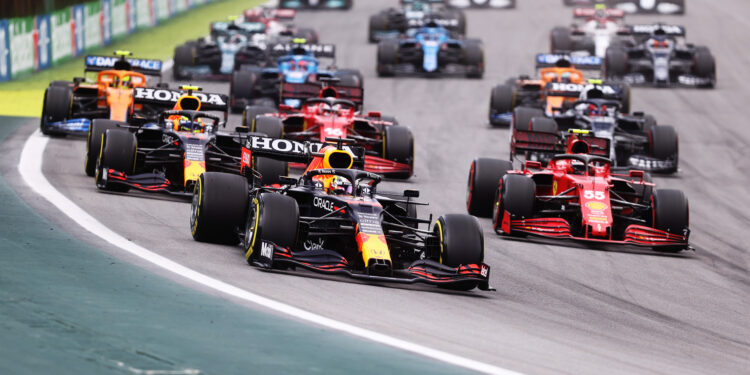 Following the trial of sprint races in F1 last season,  formula1.com has confirmed that the F1 commission has approved three sprint qualifying races for 2022.

The format was first introduced in 2021 as an experiment to spice up the race weekend, with qualifying on Friday setting up the grid for a 100km race on Saturday. The result of the sprint then decided pole position for Sunday’s race.

In an article on it’s website, F1 stated that “Following talks with all the key stakeholders, including governing body the FIA and all the teams, an agreement has been reached to hold events at the Emilia Romagna, Austrian and Sao Paulo Grands Prix.

The format has been tweaked for 2022, with the points allocation now more generous:  “The points system has been tweaked, with the top eight drivers scoring points; previously it was just the top three finishers who received points”.  It’s now more lucrative: the driver who finishes P1 will receive eight points, down to one point for the driver in P8″.

The definition of pole position has also changed for 2022:  “It has also been decided that the driver who sets the fastest time in qualifying – which on Sprint weekends will take place on Friday – will be attributed ‘pole position’. Last year, it was the driver who won the Sprint who earned that accolade.

Qualifying will continue to determine the grid for Saturday’s F1 Sprint, with the result of the Sprint forming the line-up for the start of Sunday’s Grand Prix”.

F1 had originally planned to have six sprint races for 2022. However as reported by autosport.com , teams had concerns over accident damage compensation from the events. This led to discussions throughout the winter, with the compromise of three races agreed.

In a statement the FIA said:“Following a review of the three Sprint events that took place in 2021 and a recognition by all that the format created positive benefits for the sport, three Sprint events were proposed for 2022, acknowledging this as a sensible number in light of the pressures already on the teams for this season with the introduction of major changes to the regulations,”

“The Commission unanimously approved the three Sprint events for the coming season, incorporating a number of updates to the format based on the feedback of fans, media and teams.”