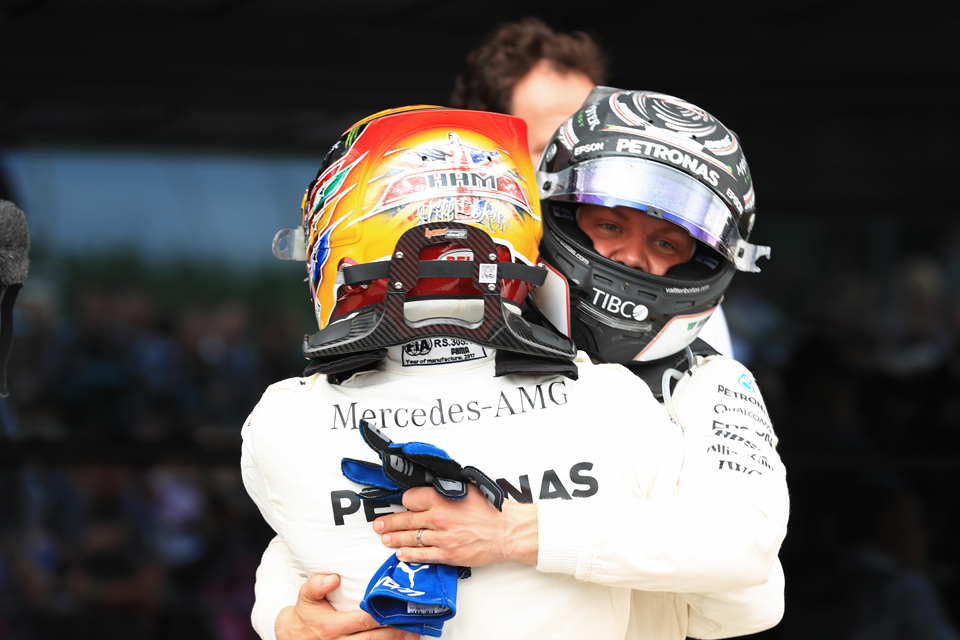 Wolff: We were due some good luck

Wolff: We were due some good luck

In the closing stages of the British Grand Prix, Valtteri Bottas – who had started the race in ninth place due to a gearbox penalty – inherited second place after Kimi Raikkonen’s Ferrari suffered a tyre delamination.

Ferrari’s problems were doubled when championship leader Sebastian Vettel encountered a puncture moments later, which dropped him from third to seventh.

Speaking after the race, Wolff acknowledged that Mercedes were fortunate to claim a one-two finish at Ferrari’s expense, but believed that the luck was owing to them after the events in recent races.

“The bad luck that Ferrari had helped us achieve P2, it would’ve been P3, but I will take it.” said Wolff.

“We had so much bad luck after Lewis’ headrest coming undone in a race [in Baku] that was almost won. With two gearbox penalties, a little bit of luck was owed to us.”

Wolff added that the Mercedes cars had some blistering, but were not too worried about suffering the same fate as Ferrari.

“For us, we had a slight blister that developed on the left-front. I think because of the high loads and high speed you’re just working the tyre very hard.

“We didn’t have any problems apart from the blister.”

Despite the fortune, the Mercedes boss heaped praise on Bottas’ drive to claim a podium position, despite starting the race from ninth place.

“The first couple of laps helped. He had a start where he didn’t gain any positions but I think into Maggots and Becketts he passed Vandoorne and Perez around the outside.

“From then on, he consistently worked his way through and was helped by how well he was performing on that tyre compound. Nevertheless he was so disciplined with his driving.

“He pushed the tyres to the limit, but never beyond the limit because he knew that the race was going to come to us.”