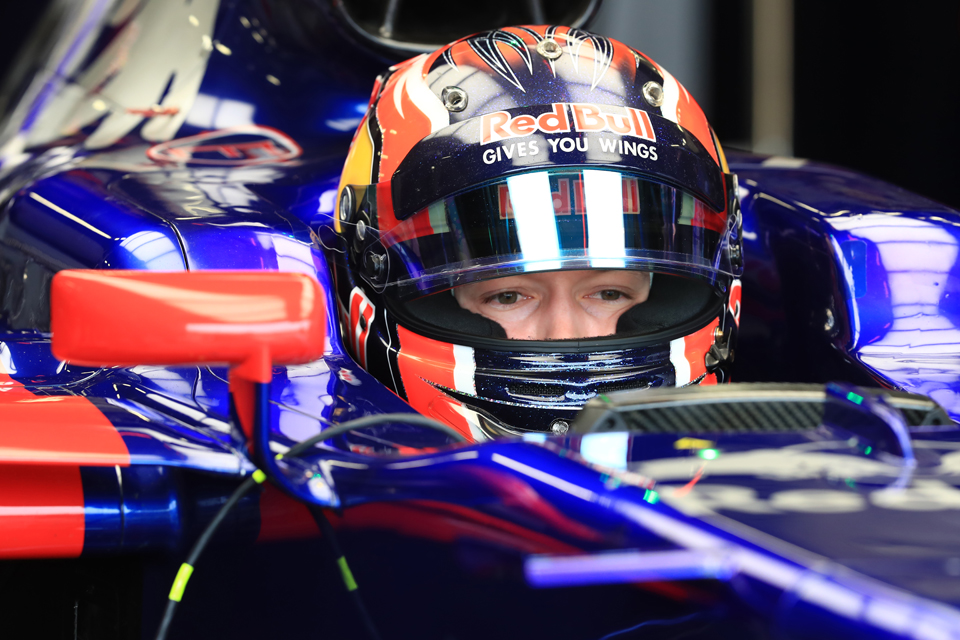 Following his collision at the British Grand Prix, Toro Rosso’s Danill Kvyat is now three penalty points away from a one-race ban.

The Russian was adjudged to have caused the collision between himself and his team-mate Carlos Sainz and handed two penalty points on his Formula One Super Licence. The lap one collision eliminated Sainz from the race.

This means that Kvyat’s current twelve-month total is at nine points and an additional three penalty points will result in a race ban.

Any points gained on a driver’s Super Licence expire after a twelve month period. However, the next points to be removed from Kvyat’s licence are towards the end of October.

He picked up the first of his nine points on 23rd October 2016 at the US Grand Prix – where he was adjudged to have caused a collision. This means he will need to avoid picking up another three points until this year’s US Grand Prix (22nd October) – a run of seven Grands Prix.

Following his collision with Lewis Hamilton, Sebastian Vettel had previously been on nine points, but two of those points expired at the British Grand Prix, reducing his total to seven.

*Note: Nico Rosberg and Esteban Gutierrez have active penalty points (4 and 5 points respectively), but neither have participated in the 2017 season.