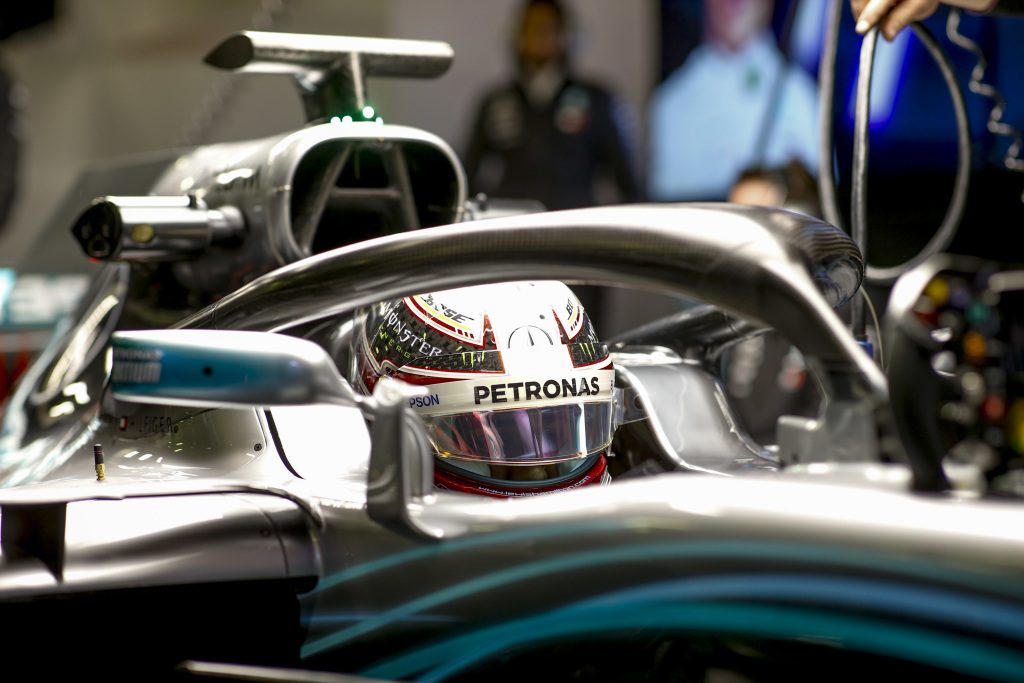 Bahrain Grand Prix – Lewis Hamilton was left unimpressed by Max Verstappen’s driving after the pair collided in the early stages of the race in Sakhir.

With both drivers starting out of position after their respective qualifying dramas and penalties, they were racing each other in the opening laps of the Bahrain Grand Prix.

Verstappen overtook Hamilton at turn one, but they came into contact when both drivers took a wider line.

Speaking after the race, the Mercedes driver believed that Verstappen had no need to take a wider line on the exit of the corner as the move was already complete.

“We collided, he ran me out of road in Turn 1. I felt at the time was just unnecessary to do so,” said Hamilton.

“He was past, there was no need to push by, for me it was frustrating as it could have been me out of the race through a relatively silly manoeuvre.

“There was not much I could do to avoid him from hitting me there. It was a bit unnecessary but these things happen, [it was] a racing incident. But in the heat of the moment you can get frustrated.”

He added that he was happy to finish a troublesome weekend on the podium after recovering from being handed a grid penalty from an unscheduled gearbox change.

“It was not an easy race, but one that I feel quite happy with now that I’ve cooled down. Today was all about damage limitation and I think to get in the top three is a really great result for the team and for myself.

“We would prefer we didn’t have the gearbox issue that we had this weekend, but I was really happy with my race pace. I had a really good start but I didn’t capitalize on it. I got past a couple of cars off the line and then I went opposite to go on the inside.

“But the car ahead decided to dive to the right so I had to bail out and had cars pass me on the left, so I fell back on the opening lap. In my mind I knew that I had to get past that group of cars very early on.

“By the time I did get past them the guys were 15 seconds ahead, so really the race was lost in those opening laps.

“Ferrari have shown over the last two races that they have the edge at the moment, but it is close and we definitely have to do a better job. Shanghai has always been a good hunting ground for me, so I really hope that we can go there with some strength.”