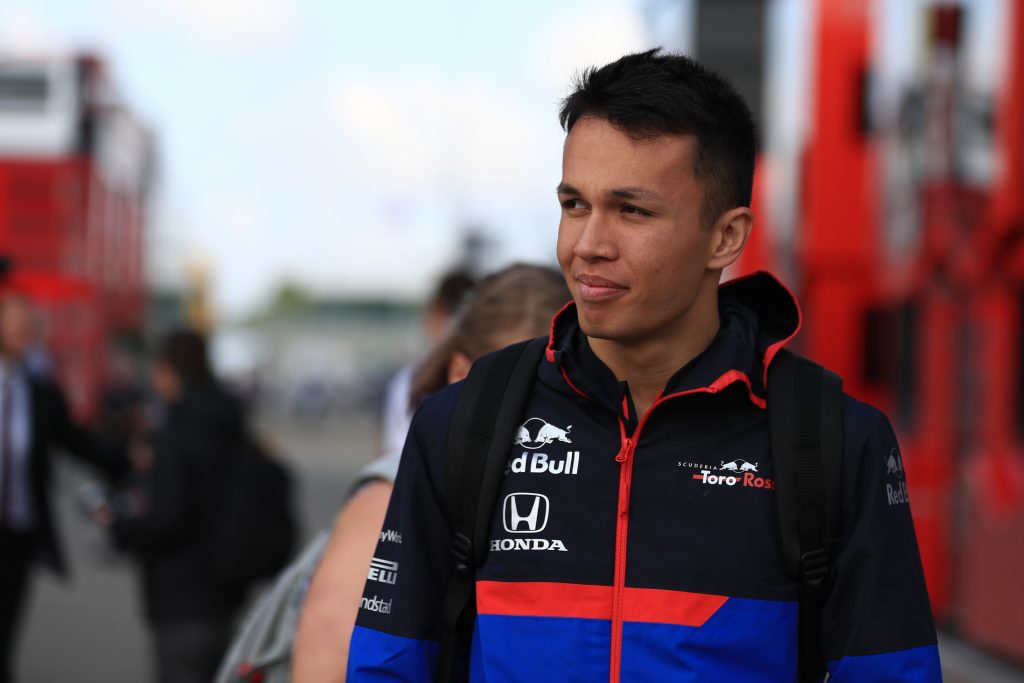 Toro Rosso’s Alex Albon says he feels comfortable racing in Formula 1 now after feeling on edge at the start of this season.

Now halfway into his first season in F1, Toro Rosso’s Alex Albon says he now feels far more comfortable in the sport, both in terms of the racing and the environment.

Albon had been due to race in Formula E this season, having signed a deal to race with Nissan e.Dams at the end of 2018. However, a race seat in Formula 1 became available when Red Bull opted against keeping Brendon Hartley around at Toro Rosso. With Dr. Helmut Marko putting in a call to Albon, Nissan’s Team Principal Jean-Paul Driot was willing to work something out to release Albon amicably and thus the British/Thai racer was free to chase his F1 goal.

Having scored three points finishes in his first ten races, and with a best place finish of P8 in Monaco, Albon says he’s adjusted to the jump from Formula 2 to Formula 1: “I’m quite comfortable with Formula 1 now. It’s becoming more and more normal, and I’m more relaxed. I was a bit edgy at the start, but there’s a lot more calmness about everything now. I’m in the rhythm now, and there’s less stress about qualifying well. The whole atmosphere feels a lot more relaxed as I’ve settled into it.”

Speaking about the specific challenge of switching to the much more powerful and ferocious F1 cars, Albon said that finding the balance of instability and speed has been the goal in mind for this year: “These cars have so much downforce. Stability isn’t really what I like in a car. I don’t mind a car moving around but that isn’t always the quickest way around. Understanding that and how much to get away with…I love quite a bit of front end grip. Getting that balance right is very important.”

“When you break grip in F1, you lose a lot of time. Especially with the rear tyres, when you lose the grip, you lose so much laptime.”

Having outqualified Daniil Kvyat on Saturday and proving a consistent top ten runner until a power unit electrical problem ruined his race strategy on Sunday, Albon says he’s feeling comfortable with his STR14: “I’m happy with the performance, and I just want to keep on top of it. I feel comfortable with the car, learning about it and applying it to the next race. My engineer and me and my team – they’re doing a great job and I’m really happy with it.”