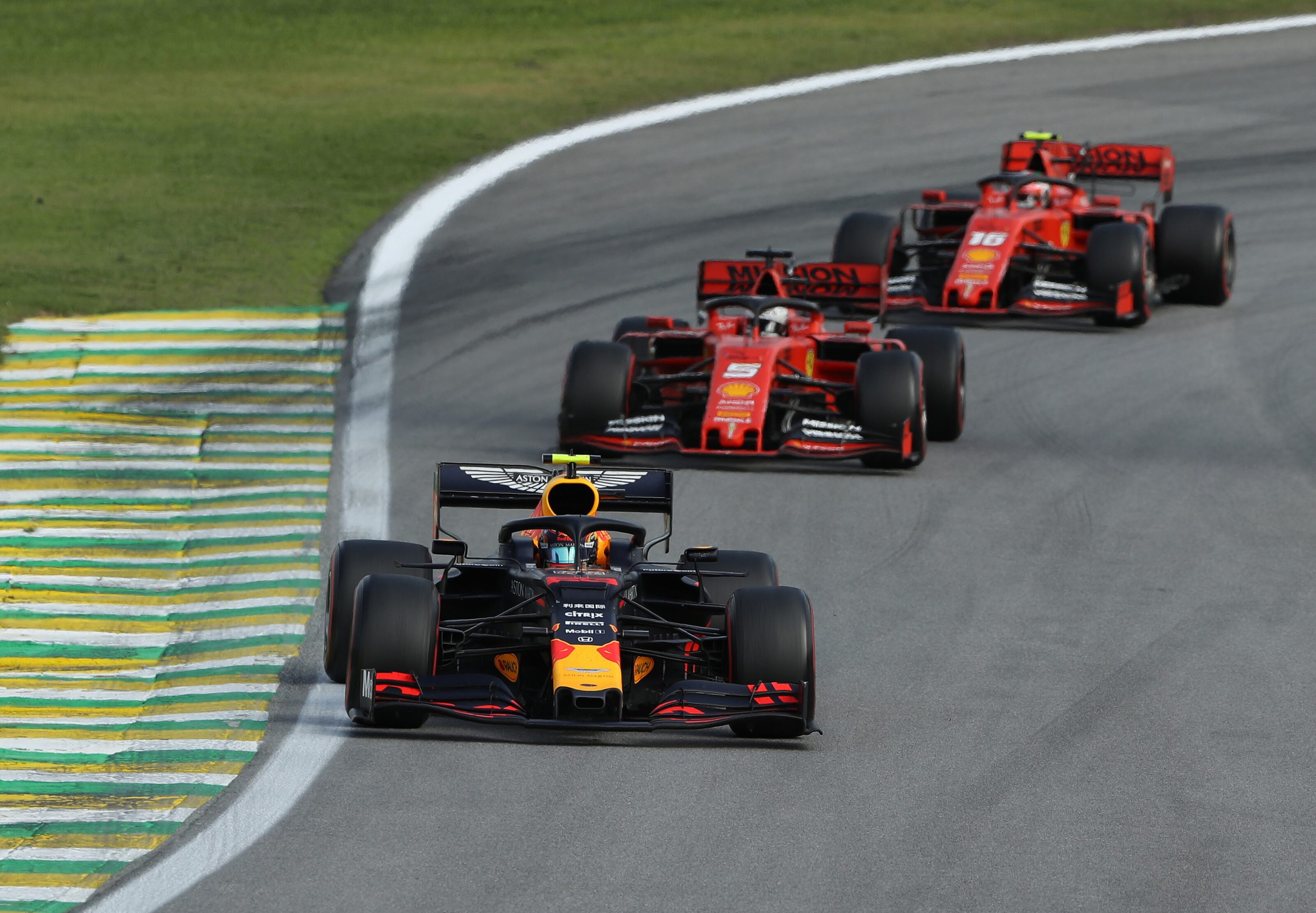 Brazilian Grand Prix – Alex Albon’s hopes of achieving a first Formula 1 podium were ended by a collision with Lewis Hamilton on the penultimate lap.

The Red Bull driver had worked his way up into second place through the two safety car phases; he passed Ferrari’s Sebastian Vettel after the first safety car and profited from Mercedes’ decision to pit Hamilton under the second safety car.

With Hamilton on fresh soft tyres after the second safety car restart, he was quickly challenging Albon for second place, but an attempted overtake on the inside line of turn eight resulted in a collision between the two.

The collision sent Albon spinning out of podium contention, whilst Hamilton finished third on the road behind Toro Rosso’s Pierre Gasly. However, the Briton was handed a five-second time penalty and was demoted to seventh place.

Speaking after the race, Albon was unable to hide his frustrations, but was magnanimous on losing out on a podium finish.

“Of course I’m frustrated but I’m not angry, I’m just upset. I wanted that podium and we deserved it as it was on merit,” said Albon.

“At the Safety Car restart we had some fun and I enjoyed battling with the Ferraris, the overtake felt good! Obviously Lewis had good grip once he pitted and I think he would’ve got me eventually into Turn 1, but I thought worst case scenario we had P3.

“I had a good gap to Lewis and I wasn’t worrying about him. I went into the corner deep just to cover him so he didn’t get any ideas, and then there’s a blind spot and obviously we made contact.

“Of course he didn’t do it on purpose, it’s just one of those things and today wasn’t meant to be. It’s done now and we’ll focus on the positives before the next race. Congratulations also to Max, he drove really well and deserved the win.”