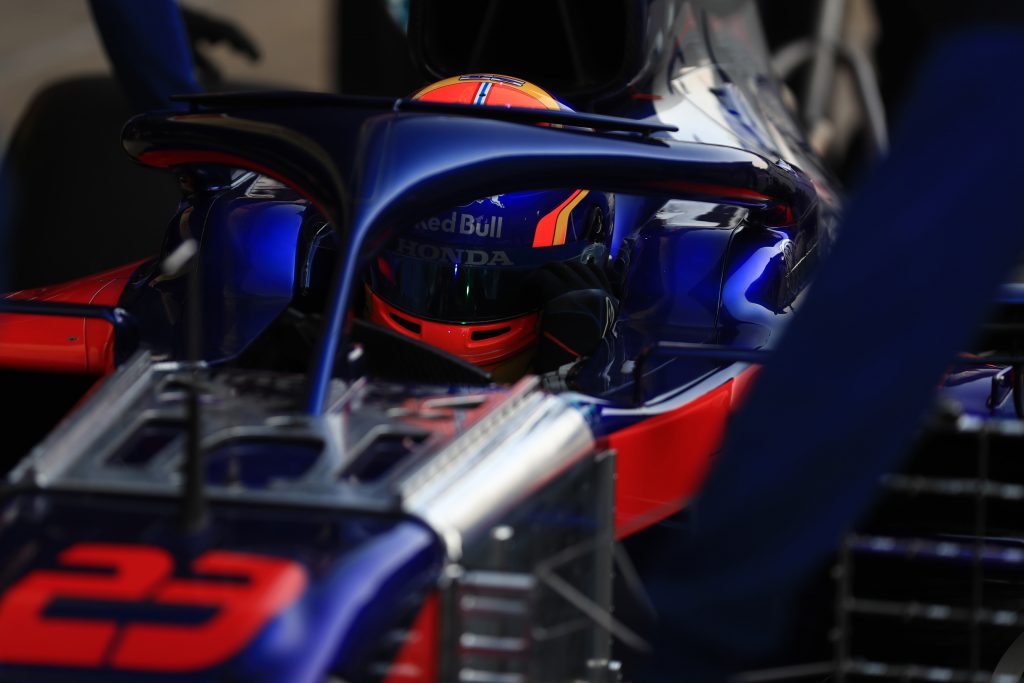 Alexander Albon late flying lap ensured Toro Rosso returned to the summit of the testing timesheets in the morning session of day four.

The Anglo-Thai driver was handed a set of the fastest available tyres and set the fastest time of pre-season testing so far – a 1:18.637 – to beat Ricciardo (who also used the C5 tyre for his fastest time) by just over one tenth of a second.

It was a slow start to the day for Toro Rosso, who only managed around six laps in the first couple of hours. However the “niggling issues” were resolved by mid-morning and Alexander Albon was able to gradually bring the team up the order.

Eventually turning their attention to the C5 tyres, his time in the final hour of the morning session was enough to beat Ricciardo’s effort, set earlier in the day.

After three days of long runs and refusing to embark on any quests to top the timesheets, Mercedes finally started to turn up the pace in the morning session of day four.

Lewis Hamilton competed against Ferrari’s Charles Leclerc for much of the morning as they traded fastest laps on the C2 and C3 tyres, before a final run on the C4 tyres yielded the third-best time for Mercedes.

Hamilton’s 1:17.977 was just one tenth faster than Leclerc’s time, with the pair a good half-second ahead of Alfa Romeo’s Antonio Giovinazzi, who had a couple of minor, harmless off-track moments.

Romain Grosjean and Haas had a much more reliable morning and were sixth fastest, setting a time just half-a-tenth behind the Alfa Romeo. Red Bull’s Pierre Gasly was seventh fastest after not concentrating on low fuel runs.

McLaren’s morning got off to poor start when Lando Norris made a mistake in the opening minutes of the session. Half-way through turn five, a twitch of the car was enough to send him wide and into the gravel trap.

The team lost around 90 minutes of running as the car was recovered, but still managed to register 48 laps before the end of the morning.