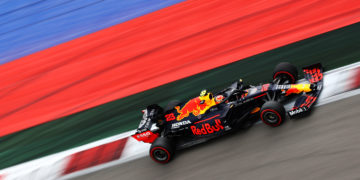 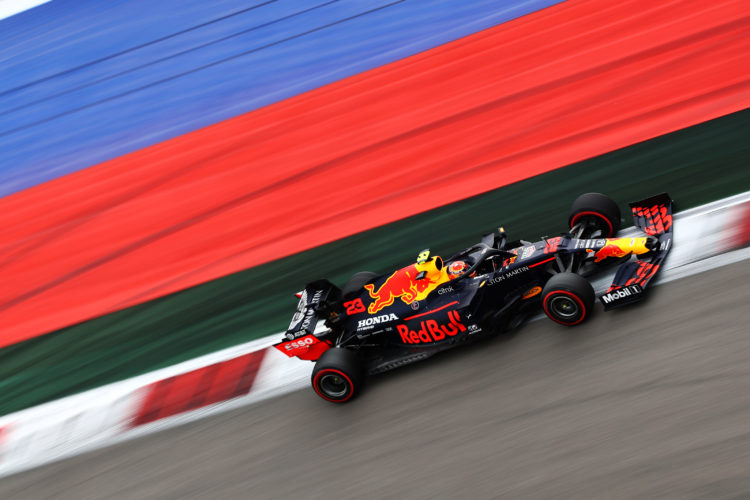 Russian Grand Prix – Alex Albon says he’s a bit confused after failing to make a step forward in the final part of qualifying.

Alex Albon will line up in P10 for Sunday’s race in Russia, having been slowest of all in the final part of qualifying.

Having scored his maiden podium position last time out at Mugello, Albon was unable to make a step forward in pace in Q3 and admits to feeling a bit confused about it. Albon was less than 0.3 behind teammate Max Verstappen in Q1, was marginally quicker in Q2, but a full 1.2 seconds down in Q3 while Max stuck his RB16 on the front row.

“I’m not too sure what happened with Q3 so we need tonight to sit down and look at it with the engineers.” said Albon afterwards. “Q1 and Q2 felt ok and then everyone just seemed to make a jump in Q3 whereas we didn’t. It didn’t feel like we had much left in the car and my laps didn’t feel bad so there’s a bit of head scratching going on. You can tidy up some things here and there to find a couple of tenths maybe but obviously the gap is quite big today so it’s confusing and we have work to do.”

“There was a bit of spinning and track limits going on which I think was because the wind changed quite a lot from FP3 to qualifying so some people were getting caught out.” continued Albon. We’ll do our homework tonight so we have a better day tomorrow. It’s a long run to Turn One and anything can happen so let’s see what we can do.”

“Alex did a good job to get himself comfortably into Q3 and then unfortunately he was just at the wrong end of the group at the end of the session.” said team boss Christian Horner. “It was so tight out there that a couple of tenths would have made things look very different for him, but we have a good race car and we all know he can overtake, so we will definitely see some action from him tomorrow.”