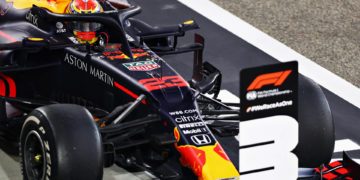 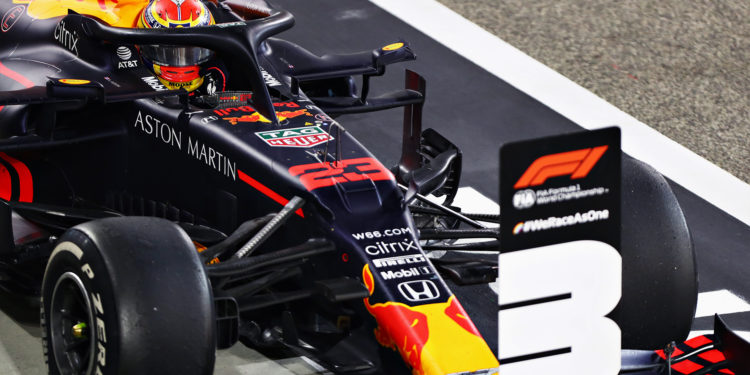 Bahrain Grand Prix – While happy to take third, Alex Albon doesn’t feel satisfied to ‘luck’ into the position due to Perez’ misfortune.

Albon had spent the majority of the race in fourth position but an MGU-K issue for Sergio Perez a handful of laps from the end handed the final podium position to the Red Bull driver. Albon admitted that, while happy to take his second ever podium, it didn’t feel particularly satisfying as it had been gifted to him.

“It was a good race,” said Albon. “Obviously Sergio had a great race too and he had the blowup, so partly not fully satisfied but we still had to be there to capitalise on it. From my side it was a good race, we had a good start, something we’ve been working on recently and it’s nice to see it getting better.

“From that point on it was more or less being there to capitalise because I didn’t quite have the pace to overtake Sergio, we were just there behind waiting for something to happen, and it did. P3 was a good result, especially a double podium for the team, that’s good for them as well.”

With Max Verstappen taking second, this was Red Bull’s first double podium since Japan in 2017 which also saw Verstappen in second while his then teammate, Daniel Ricciardo, was third. After crashing during Friday practice and with all the speculation about whether it’ll be Albon, Perez or someone else in the second Red Bull seat next season, this result was a much needed one for the Thai driver.

“I felt like the last few races have been getting better and better, just results haven’t really been showing, so it’s a step forward again. It was obviously a bit of luck involved with Sergio. He had a really good race but considering Friday, the guys did an amazing job to get the car ready and it just feels good, a double podium for us. I’m happy.”

After seeing the huge crash for Grosjean at the start of the Grand Prix, Albon said that the fact the Frenchman was able to walk away was thanks to all the safety work the FIA and the support team have put in.

“It’s one of those things,” Albon commented. “When you come out of turn 8 and you just see this fireball it’s really scary. It’s scary because firstly you want to know that whatever has happened there, that the driver has got out and at the time the team didn’t know.

“You’re worried for your fellow driver, but it just shows how good of a job the FIA are doing, not just the standards of the car but also the marshalls, the medical car, everyone involved in that.

“There’s always a little bit of luck involved in it as well, but to see Romain walk away, it’s a testament for all the hard work that’s been done behind the scenes.”