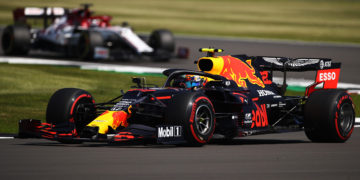 Albon optimistic despite crashing in practice

Albon optimistic despite crashing in practice 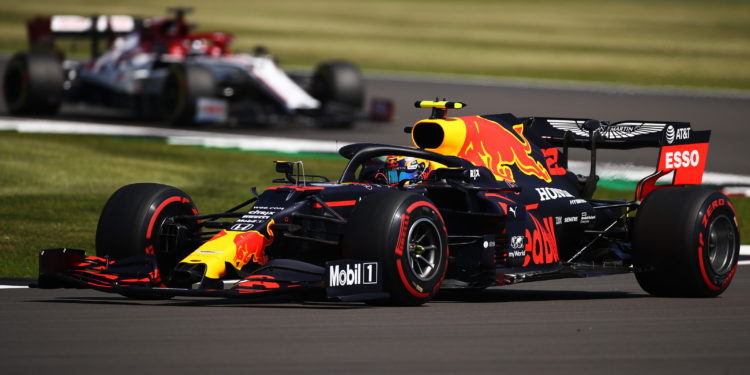 British Grand Prix – Alex Albon’s Friday may have ended in the barriers at Stowe, but the Red Bull driver feels he’s made a step forward with the RB16.

Albon has struggled for form and pace since the 2020 season got started a month ago in Austria, with Max Verstappen having the upper hand throughout.

It looked like more of the same in Friday practice at Silverstone, until Albon managed to unlock pace on the Soft compound during the afternoon. His best time was 1:27.364, less than a tenth away from the best time set by Racing Point’s Lance Stroll. However, just after he set this time, Albon came a cropper at Stowe.

Hitting the apex of the corner, he was reapplying the power when the rear came loose on him. Attempting to correct, it snapped on him and he speared off backwards into the Armco barrier. It was a hard hit, destroying the rear and left hand side of the RB16 and triggering the medical warning light. He was brought to the medical centre for checks before being released as fit and well. His time remained good enough to stay P2 by the chequered flag.

An up-and-down afternoon for @alex_albon

He ended P2 in second practice ⏱

But first came this big collision with the barriers at Stowe 💥#BritishGP 🇬🇧 #F1 pic.twitter.com/hV9c0d6I0V

“There are a lot of positives to take from today despite the incident at the end of FP2.” said Albon afterwards. “I’m fine and it wasn’t that bad. The rear just went away quite quickly and I struggled to correct it. I thought I caught it and then I just got sent into a tank slapper. We’ll have a look at the data and see what happened there.”

“As a team though I think we’ve definitely made a step.” Albon continued. “We expected worse coming into today but the car feels good and it was hooked up straight away from the first lap in FP1. Obviously I’m pretty sure the Mercedes are hiding a lot so we’ll be watching them tomorrow but otherwise on our side the car feels more balanced and I think we have a better understanding of it. The wind and temperatures tomorrow will be very different to what we’ve had today so it will be a little bit of a reset but it’s looking good so far.”