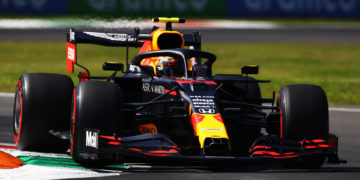 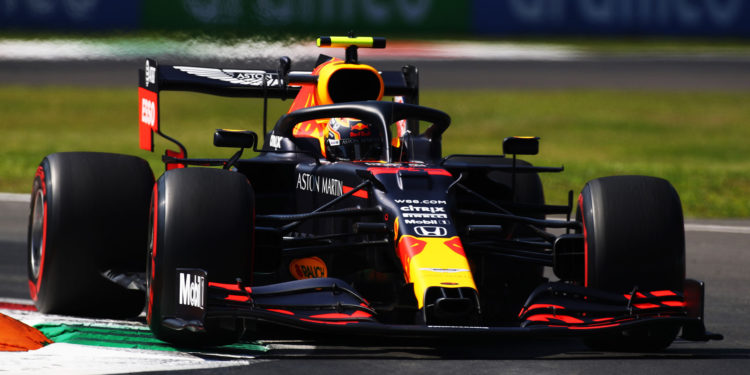 Helmut Marko revealed earlier this week that Alex Albon has been competing with different parts to his teammate in most Grand Prix this season.

Speaking with Motorsport-Magazin.com, Marko, Head of Red Bull’s Driver Development Program, said that “We started the season with a chassis where the wind tunnel data indicated downforce values ​​that were not achieved in reality.

“Then we tried a lot of experimentation and dedication to get the problem under control. In this short period of time that the races are ticked off, it was not possible to have the same parts for both cars.

“That means Albon did not start with the same equipment in most races. It went so far that we tried different things during practice and he was confronted with different suspension settings.”

Albon heads into this weekend’s Monza Grand Prix fourth in the Championship standings over sixty points behind his teammate, Max Verstappen. Verstappen is the only driver this year to have stood on the podium in each race he’s finished, which is all but the season opener where he retired early with electrical issues.

Red Bull have not been shy over the years about swapping their drivers if they haven’t lived up to expectations but both Marko and Team Principal, Christian Horner, have publicly backed their Thai driver recently.

“I don’t understand the criticism of Albon,” GPToday.net quoted Marko as saying after the Belgian Grand Prix. “Other teammates also had a lot of problems with Max Verstappen. I don’t see that Max is pushing him to the limit, but that he is pushing himself. I think that we have a good combination there.”

While Horner defended his driver before last month’s British Grand Prix saying “We know the car we have provided our drivers with this year isn’t optimised and it has had some difficult characteristics and for a driver that doesn’t have experience, he’s only just had over a year’s worth of Formula 1 experience, that’s a tough call.