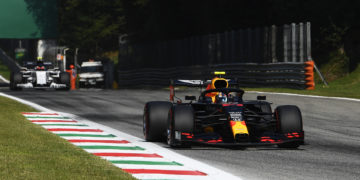 Albon: That wasn’t a fun race

Albon: That wasn’t a fun race 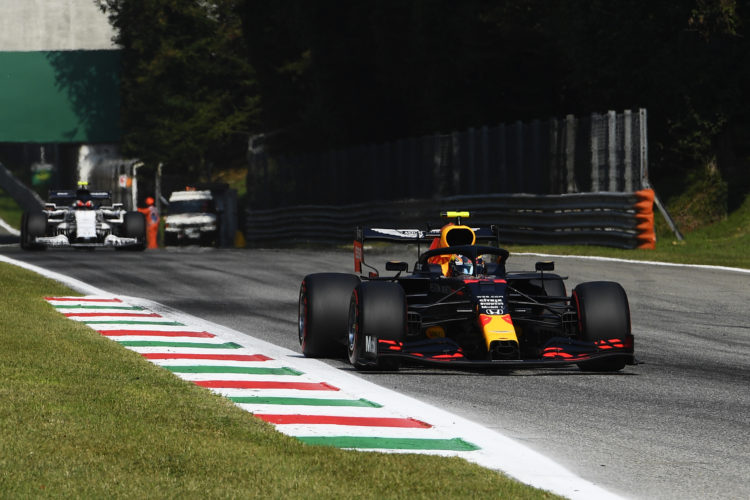 Italian Grand Prix – Alex Albon could only manage a lonely P15 after picking up damage on his Red Bull early in the race at Monza.

Alex Albon spent his race at Monza mostly circulating towards the rear of the field, having started from P9 on the grid.

Albon ended up picking up damage at the very first corner of the race, ironically being tagged on his right rear by eventual race winner Pierre Gasly.

Albon was judged to not have left enough room for Haas’ Romain Grosjean at the corner, and was given a five second time penalty for the incident. He also suffered left floor damage and, as a result, didn’t have the pace to recover after being shuffled to the back with his penalty.

“That wasn’t a fun race and P15 clearly isn’t reflective of our true package.” said Albon afterwards. “We had a lot of damage with the left side of the floor missing after contact in Turn 1 and then with the time penalty our race was basically over. We had no grip and lost a load of downforce so it was a long race where we were just limping to the end. It’s been a tough weekend for us as a Team which we thought it could be and then with the circumstances today it’s just made it a lot harder.”

“It’s obviously a much better day for Alpha Tauri so we’re happy for those guys but for us, we need to put our heads down and focus on Mugello in a week’s time.” concluded Albon.

Team boss Christian Horner said that the damage roughly cost Albon around a second a lap: “Alex suffered damage from contact at Turn 1 which he also incurred an arguably harsh five second time penalty for, putting him to the back of the field before the safety car re-start.”

“The damage to Alex’s floor from the early race contact was significant and he was losing around a second a lap throughout the race, resulting in him finishing P15.”

Horner congratulated the Alpha Tauri team for pulling off the win with Pierre Gasly: “I want to congratulate everyone at AlphaTauri, especially Franz, Pierre and Honda who achieved something great today to take victory here at Monza.”

“Certainly not our finest weekend but we will re-convene and work hard to ensure that we are back where we belong next weekend in Mugello.”