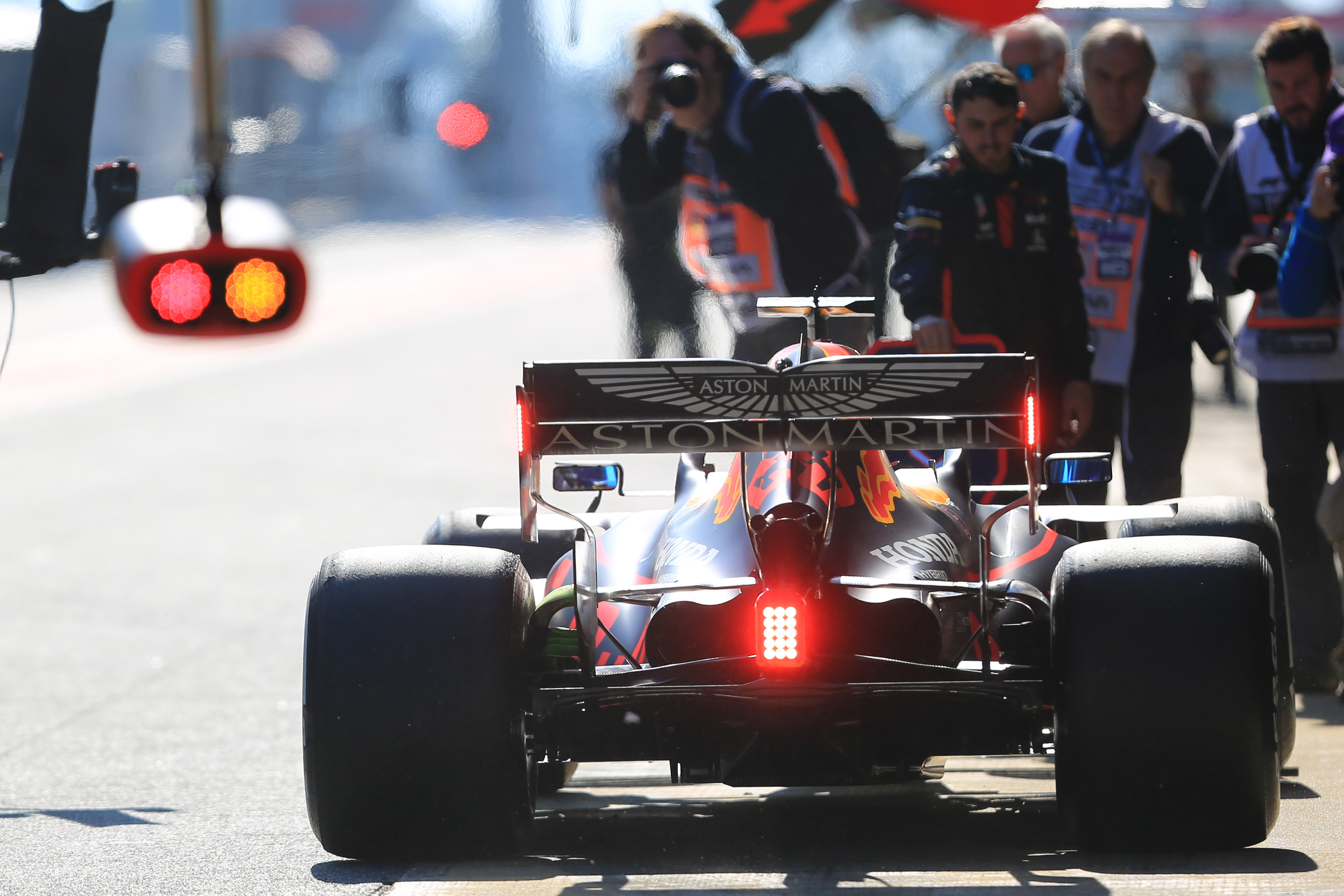 Share on FacebookShare on Twitter
Alex Albon lost a good chunk of testing time on Wednesday morning, as Red Bull Racing rectified a suspension issue on his RB16.

Alex Albon was scheduled to drive for the morning session on Wednesday but, instead, sat in the garage for the first three hours of the day as the team encountered a suspension issue on his installation lap.

He eventually managed to get out on track and put in 29 laps before the lunchtime break and the conclusion of his day as the RB16 is handed over to Max Verstappen for the afternoon.

“Just suspension.” sighed Albon after he got out of the car. “We had a bit of an issue but it’s all fixed now. Nothing too serious – we got it all fixed by the end of the morning. Obviously we are a few laps behind where we wanted to be. Im sure Max will be busy in the afternoon.”

Having lost some crucial preparation time with just two days of testing remaining before the Australian Grand Prix, Albon says it’s not the end of the world: “It can be a bit frustrating. Obviously you want to do more laps. As many laps as you can do but we did a lot of laps last week. Now its just a bit of set up works. Its not the end of the world. We had a good baseline already even with the few laps i have done. Car feels better than last week. Its going in the right direction.”

Albon says he’s feeling very happy with the overall feel of the RB16, but can’t yet comment on where he thinks the car might rank in the pecking order: “We’re feeling good already from last week. We didn’t do as many laps as we wanted to this morning but the car is feeling again a bit better so yeah… I am happy so far.”

“Definitely feels like a step forward from last year. The areas where we were trying to work on last year is definitely going in the right direction. Its positive so far . Cant tell you too much but we’ll see….It’s early days so we don’t really know until we get to Melbourne. I think the Merc is going to be quick as we know otherwise at least on our side. Focusing on ourselves.  We’re quite happy.”