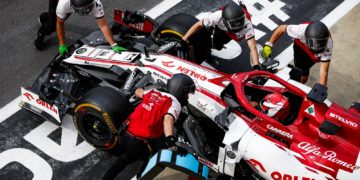 Alfa pleased as upgrades appear to be working

Alfa pleased as upgrades appear to be working 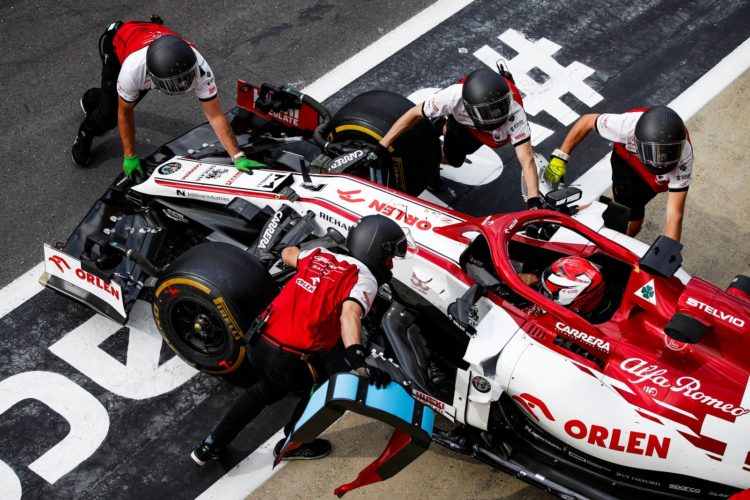 Both Alfa drivers have loitered at the back of the grid during the opening three races in Austria and Hungary, with the C39 appearing to be the slowest car of all during the Hungarian weekend.

The team say they’ve gone away and assessed the situation after the poor start to the season, fast-tracking some upgrades to bring to this weekend at Silverstone.

These updates appear to be largely aero-related, and looked to have worked quite well as Kimi Raikkonen placed in P10 in second practice.

“It’s been a busy Friday but so far, so good.” said Raikkonen at the end of the day. “The times look a bit more promising, but it’s only Friday and you can’t really draw any conclusion from them. What we know is that there is still work to do to get the most out of this weekend. The upgrades seem to work as expected, but it’s early days: who know what tomorrow is going to bring, especially with the weather. We will just go out and do our things and hopefully we can be in a better position than we have been before.”

Raikkonen had an early spin during first practice, ending up in the gravel at Luffield. Shortly afterwards, Giovinazzi had a much more dramatic one at Becketts and had all four wheels locked as he slid across the escape area. This destroyed his tyres and a delaminated left rear tore apart his floor and scattered debris everywhere as he drove back to the pits. He was investigated for the incident and given a warning by the stewards. Giovinazzi recovered from this to finish in P13 at the end of FP2, less than a tenth behind Alfa teammate Raikkonen.

“I’m pretty pleased with what we have shown today, although it’s still early in the weekend and we cannot let ourselves get carried away.” said Giovinazzi.

“The morning was quite tricky, especially with the wind, but the afternoon was much better.” continued the Alfa driver. “I feel we made some good steps forward, both in terms of qualifying and race pace, and the upgrades we introduced for this race appear to be working well, so hopefully we can build on this. Tomorrow the conditions may be different, so we need to be ready for whatever we get: we will need to keep cool and just do our job.”