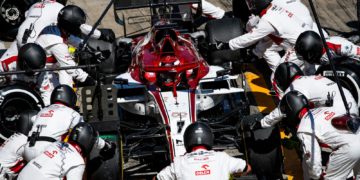 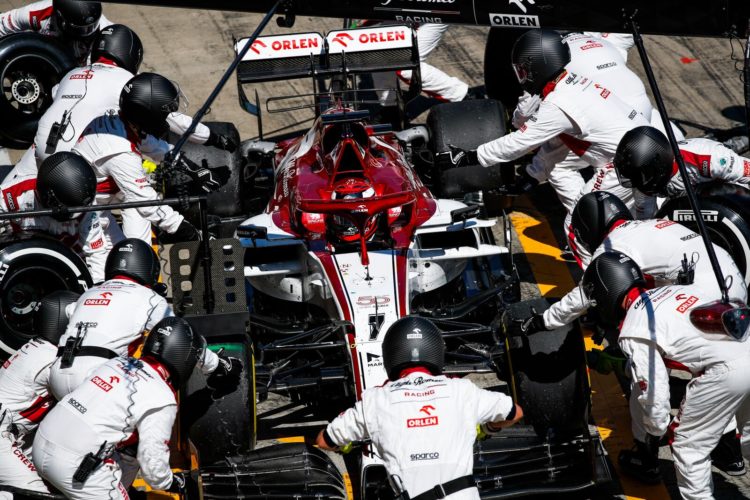 Austrian Grand Prix – Alfa Romeo has been fined €5,000 for releasing Kimi Raikkonen from a pitstop with a loose front wheel.

Alfa have been slapped with a fine of 5000 euro for sending Kimi Raikkonen out with a loose right front wheel. The Finn had pitted under the second Safety Car and had been fitted with a fresh set of Soft Pirellis to get him to the end of the race.

However, as the race resumed when that Safety Car withdrew, Raikkonen’s right front wheel detached itself as he accelerated back up to speed through the final sequence of corners. Sparks flew everywhere as the wheel bounced away, and Raikkonen’s floor scraped along the ground before he stopped the car on the main straight.

The tyre proceeded to bounce at high speed and narrowly missed striking Raikkonen’s car and the Ferrari of Sebastian Vettel, who was following close behind.

Raikkonen was out on the spot, and clambered out while the stewards announced their intention to investigate the matter.

A statement from the FIA race stewards on the Alfa transgression said: “Having examined photos of the damaged wheel and the axle shaft it is evident that the wheel nut of the RHS front wheel got cross threaded during the wheel change which was not identified by the wheel gun operator.

“As a consequence the right front wheel went off when the car was back in the race. The Stewards accept however that neither the team, nor the driver had the opportunity to realise that the car was in unsafe condition and therefore did not stop the car.

“Taking into account these circumstances a fine of €5,000 is appropriate.”

Speaking after his retirement, Raikkonen said: “It’s a shame to end the race like this when things were looking good. Compared to yesterday, we had made a step forward and we had a reasonable turn of speed. The timing of the first Safety Car cost us places, but we were still in a good position and with new tyres I could have fought for some points.”

The Alfa driver continued: “Unfortunately then we had to retire: the problem came as a surprise, I had no warning it would happen. We will need to investigate what happened. For now, we can take some positives from our pace in race conditions and keep improving the car.”

While Raikkonen retired, his teammate Antonio Giovinazzi managed to bring home two points for Alfa Romeo by crossing the line in ninth place.