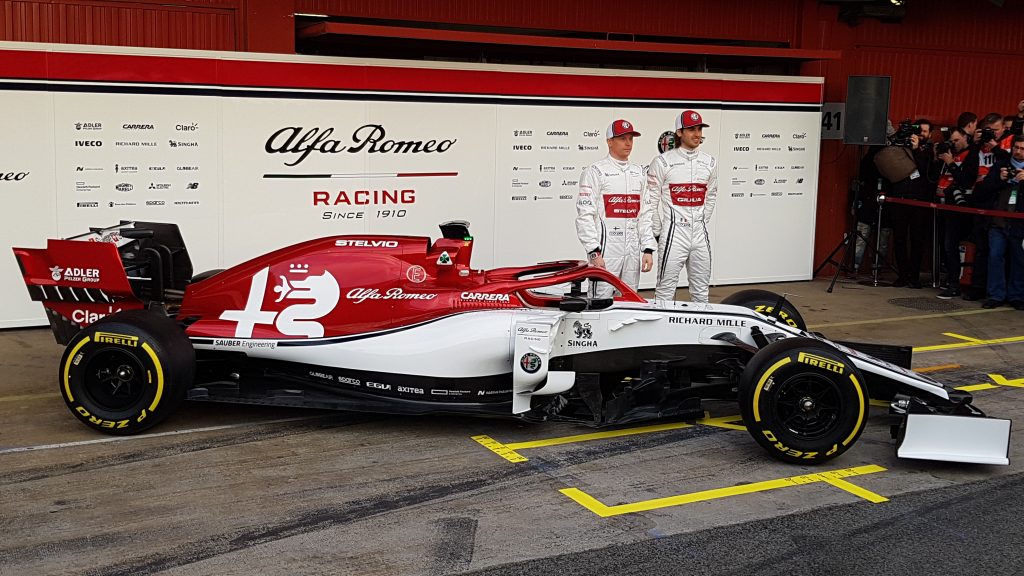 Alfa Romeo Racing unveil the C38 ahead of testing

Alfa Romeo Racing unveil the C38 ahead of testing

The Alfa Romeo Racing team have officially launched their car that will compete in the 2019 season, the C38.

Competing for the first time without the Sauber name this season, the renamed Alfa Romeo Racing team launched their 2019 car ahead of the first day of preseason testing.

The car comes will use a similar livery to last season, but the dark red will be glossier and the Alfa Romeo branding has been updated on the engine cover.

A promotional livery had been used for a shakedown a couple of days ago, but the team have opted to retain their look for 2019.

The car will still retain the ‘C’ naming as per the car’s predecessors, a naming format which has accompanied all Sauber cars.

Alfa Romeo Racing will compete in the 2019 season with a fresh driver pairing. Kimi Raikkonen joins the team from Ferrari, having raced for the team back in 2001, and Ferrari junior driver Antonio Giovinazzi earns his first full season in Formula One.