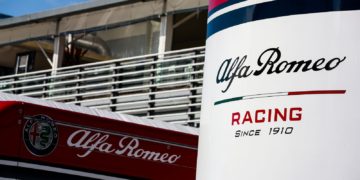 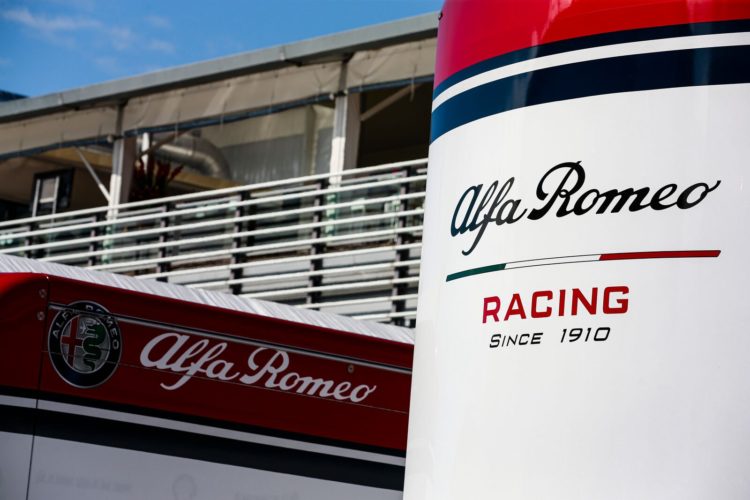 Imola Grand Prix – The Alfa Romeo sponsorship naming deal of the Sauber team will continue on until at least the end of 2021, with their commercial agreement extended.

The Sauber team will continue to race as Alfa Romeo in 2021, after an extension of their agreement. Sauber, under owners Longbow Finance, agreed a commercial naming agreement with Alfa Romeo in 2018 that saw the Swiss team race under the Italian marque’s name and, essentially, acts as the factory effort for the company.

Alfa Romeo’s resources have allowed Sauber to stabilise their operations after a few tumultuous years which saw the team slip to the very back of the pecking order. 2018 and 2019 were solid midfield efforts, although 2020 has been a step backwards in pace.

Despite the downturn in form this year, Alfa parent company Fiat Chrysler Automobiles have agreed to extend the deal until the end of 2021, with the announcement made just ahead of the last Italian race of the year. Heading to Imola this weekend, the Alfa team will race with a special livery with the Italian flag featured prominently. This is to celebrate Alfa’s 110th birthday this year.

The immediate securing of the team’s future comes as no surprise, as Alfa & Sauber have begun working together on road car projects as well as engineering research applicable to road use. Sauber’s Engineering arm was heavily involved in the overall design, development and building of Alfa’s new Giulia GTA and both Kimi Raikkonen and Antonio Giovinazzi were involved in the promotional material surrounding the cars initial unveiling. Bumpers, splitters, diffusers, and various aerodynamic devices on these new Alfa road models were developed in association with Sauber.

“The extension of our relationship with Alfa Romeo is a true statement of intent from both parties.” said team boss Frederic Vasseur. “In Sauber, Alfa Romeo found a committed, performance-driven partner to which they could entrust their brand: we are honoured to carry the heritage and past success of Alfa Romeo in our name. Both parties always intended for this relationship to bear fruit in the long term: we have laid some solid foundations in the last three season and we aim to reap the rewards of this work in 2021 and beyond.”

FCA CEO Mike Manley said: “Racing and performance are at the core of Alfa Romeo’s DNA. The brand was practically born on a racetrack and today we continue to compete at the most technologically advanced level of motorsport. The partnership with Sauber also allows our customers to benefit from exclusive racing know-how, as it is the case of the all-new Giulia GTA and GTAm, which incorporate Sauber Engineering’s technical input particularly as it relates to advanced aerodynamics.”

The team are yet to confirm their driver line-up for next year, but it’s very likely at this stage that Kimi Raikkonen and Antonio Giovinazzi will continue for another season together.