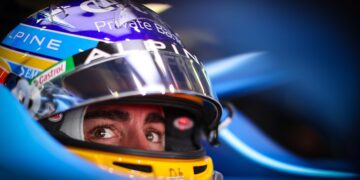 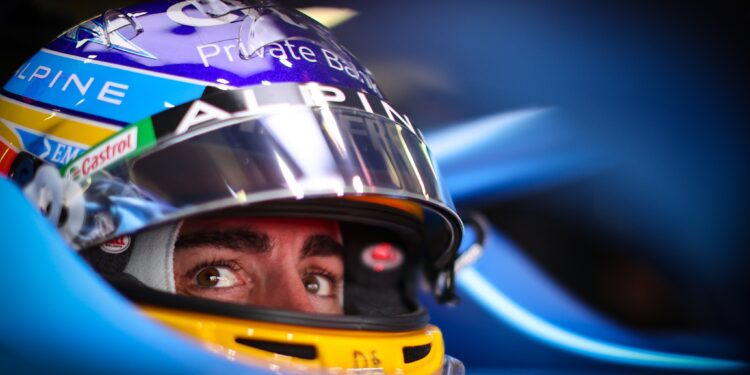 The two-time world Champion was bitterly disappointed with his Saturday performance after qualifying 13th on the grid. By contrast, his teammate Esteban Ocon put his car in sixth, highlighting the teams’ progress this weekend.

Alonso didn’t get the best of starts and initially dropped down to 15th, but with a long opening stint he made it up to sixth. Pitting on lap 40 and switching to the mediums, he was able to claw his way through the field passing McLaren’s Daniel Ricciardo and Ferrari’s Carlos Sainz to finish up in eighth place – right behind Ocon.

“It was good, it was fun,” said Alonso after the race. “We were fighting with one McLaren, one Ferrari – things that were unthinkable in Imola or Bahrain. So I think we made a big step forward in terms of the car performance.

“Bahrain I was more careful on everything, just to complete the first Grand Prix. Imola I was so uncomfortable in the car with the conditions – I didn’t feel good on the [intermediate tyres], the visibility, the qualifying was bad.

“This was really the first race where I was extracting the maximum from the car. I was upset after yesterday’s qualifying, so today that anger was probably on track as well.”

The Spaniard is just three points behind his teammate in the drivers’ standings, but it is in qualifying where Alonso feels he is lagging behind at the moment. With the Spanish Grand Prix and Monaco Grand Prix coming up – tracks where overtaking is more difficult – the 39-year-old feels he needs to work more on his single lap performance.

“Always it’s a big boost when you have a car that can fight in the higher positions,” he said. “I think Saturdays are still my weakness at the moment, to extract the maximum from that one lap performance. And we know that Barcelona and Monaco the Saturdays are key because overtaking is very difficult.

“So some homework to do for next weekend, but I will try to be prepared.”