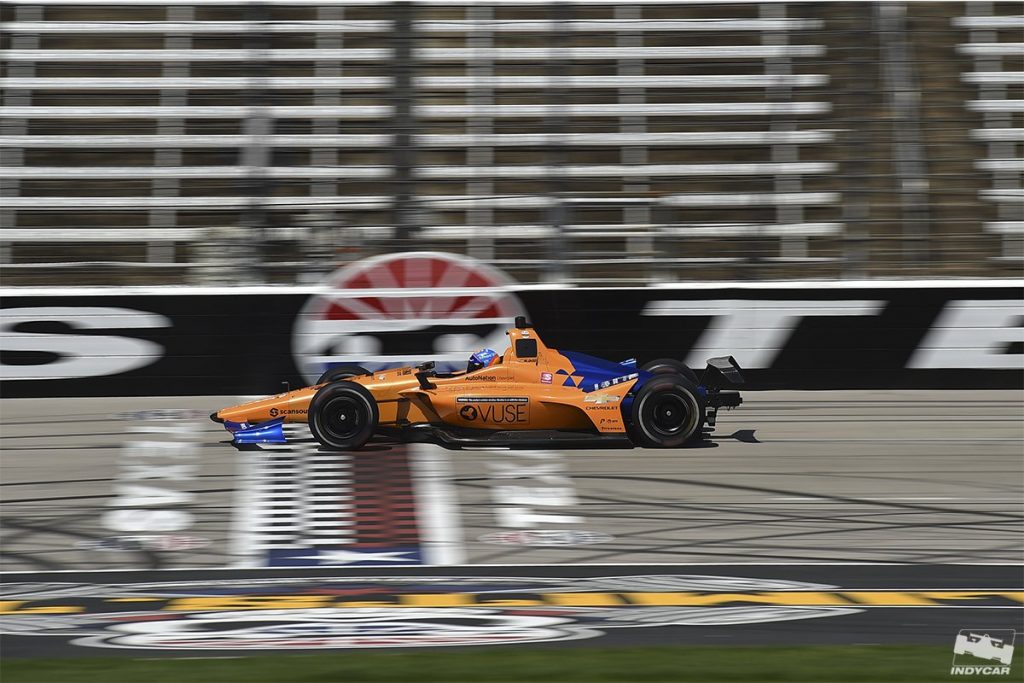 Fernando Alonso has begun his preparation for next month’s Indianapolis 500 by carrying out a test at the Texas Motor Speedway.

With the Indy 500 race coming up in six weeks time, the McLaren Indycar team have begun their final preparations with Fernando Alonso before the event begins.

Last week saw the unveiling of the #66 McLaren that Fernando Alonso will race at the Brickyard, with two cars built. The race car is currently en route to Indianapolis from the team’s base in Woking, while the second car was shipped to the Texas Motor Speedway.

On Tuesday, Alonso and McLaren carried out a private test at the venue. It’s the third form of high end motorsport Alonso has dabbled with in recent weeks. Two weeks ago, he carried out a Dakar Rally truck Toyota Gazoo Hilux that won last year’s Dakar Rally, while he then flew to Bahrain to take part in the official F1 in-season test at Sakhir, driving a McLaren MCL34 on behalf of Pirelli.

This will be Alonso’s second attempt at the legendary race, as he aims to complete motorsport’s ‘Triple Crown’, ie. victory at F1’s Monaco Grand Prix, the Le Mans 24 Hours and the Indy 500. He will be the first contemporary racing driver to achieve this accolade if he manages to win the race. In the 2017 event, Alonso proved extremely competitive and even led the race at one point, but was undone by an engine failure in the closing stages of the race.

Oval + Indycar = pure Adrenaline 👌. Happy with our first day, and thanks to all the @McLarenIndy team for today! #mclaren #indy500 #texas #testing pic.twitter.com/bWnwEDcVor

Taking the new car for a ride. 🧡🇺🇸