Fernando Alonso was disappointed to miss out on track time in the first practice outing for the 2019 Indy 500 after being set back by minor issues.

Despite the Indy 500 not taking place for another month, teams and drivers are involved in several stages of practice outings ahead of the main event.

However, McLaren had to deal with electrical issues on Alonso’s car, causing a stoppage for the two-time F1 champion. He registered a best lap average speed of 218.690 mph.

Despite the troublesome day, Alonso was buoyed by the amount of time remaining to fix the issues and discover more speed from the number 66 McLaren:

“It’s great to be back. Every time you enter the Indianapolis Motor Speedway it’s a great feeling. Even though we were unlucky with the weather and also had some issues with the car, we still got in some laps and the adrenaline driving around here is unique, so I feel happy.

“As a team the plan for today was to build speed step by step and complete all the right checks. With every run we were discovering new things, but at the end of the day, it was a very short time on the track, so it is difficult to say if I feel we have a competitive car. More track time is all we need and I’m sure we will recover those laps in May.

“This time the Indy 500 feels different for me, I know the race, I know the length and we should be a bit more ready especially on the emotional side. Now it’s just about making sure the car is fast. We have two weeks and a lot of work to do, but I’m confident we’ll keep moving in the right direction.”

The 2019 race will be Alonso’s second attempt at the Indy 500, and the first full attempt from McLaren since 1979.

To take at look at the livery for Alonso’s McLaren, click here. 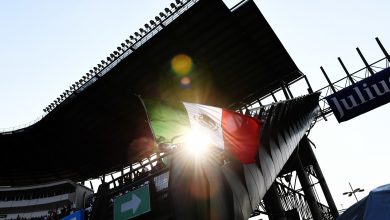 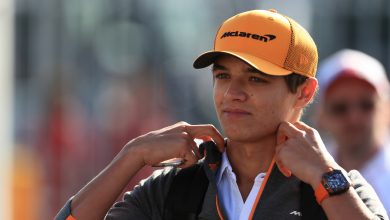 Norris says MCL35 feels much more like ‘my baby’ 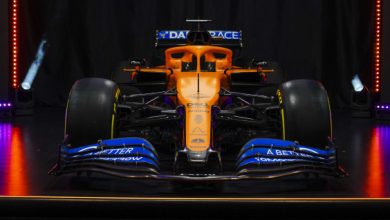