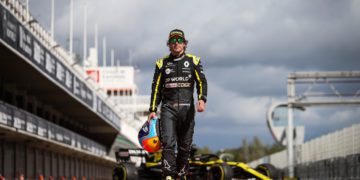 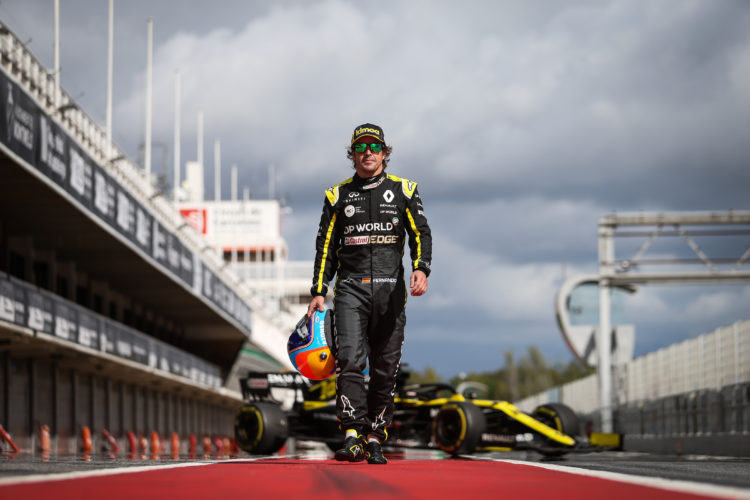 Fernando Alonso has returned to the cockpit of a current F1 car, by driving the Renault R.S.20 at the Circuit de Barcelona-Catalunya on Tuesday.

With Alonso set to return to F1 on a full-time basis in the 2021 season, the two time Champion returned to the cockpit of a current car for the first time since 2018. While Alonso took part in some demo events in early 2019 with McLaren, this is the first time he’s driven a current-year car since his final race in Abu Dhabi.

Renault took the opportunity to carry out a filming day with the Spaniard at the wheel of the R.S.20 on Tuesday, their second and final such day of the season. The rules around filming days mean that Alonso was restricted to 100 kilometres of track time – translating to 21 laps of the Spanish circuit.

Speaking on Renault’s Instagram Live video after the session, Alonso said he was thrilled to get back behind the wheel.

“It has been a very good day in Barcelona, our filming day,” he said in an Instagram live chat. “Only 100kms, but for me they were very special, getting back to an F1 car and to the team. The feeling was good. I think the car is obviously outperforming me at the moment, because I cannot extract the maximum from the car.”

“Getting back to the F1 speed is not so easy. I was improving lap after lap and trying to give feedback to the engineers. Also we had some filming to do, so there were cameras, there were drones following on track. So it was hard pressure, hard work today.

“I think the car has potential, as we see every weekend. But still some room to improve, as we know, and we’ll try to do it in the shorter term.”

Despite only being away for two seasons, Alonso said there’s still quite a bit of change to adjust to, having driven in the Dakar Rally with Toyota Gazoo earlier this year, before his Indy 500 attempt with McLaren two months ago.

“The last three cars I drove were the Dakar in January, Indycar in August, and now the F1, so they cannot be more separated, each of the three!” he commented. “With the F1 it’s a little bit easier, because it’s the thing that I’ve been driving all my life. And after 18 years in F1 and now getting back, it’s true you are missing a little bit the braking points, how quick all the corners arrive, braking performance, cornering speed performance…”

“So there are many things that I need to get used to again. But it will take a shorter period of time than getting used to a completely new thing, for example Dakar and Indy.”

The Spaniard said that one of the areas he needs to concentrate on between now and the start of 2021 is an eye on his own physical fitness. While keeping in shape, the unique demands of F1 means that he says he’s expecting to feel some pain after just the 100 kilometres of track time spread out over Tuesday.

“You have to be back in shape, you have to train for F1 standards, the neck, especially all this part of the body, the upper part, will need to be reinforced and worked on in the next couple of months. The neck is okay after 100kms, but I will tell you tomorrow! Maybe a little bit of pain. So far it has been good, but I know that I need to keep working.”

“Then preparations in terms of comfort, seat fitting, the steering wheel, pedal positions, there are many things we need to go through. And also the engineers, trying to have a good relationship, a good connection, that we understand each other even just looking at each other.

“All those kinds of things, we will need a bit of time. We are using this part of 2020 and also the winter of next year to build the momentum.”