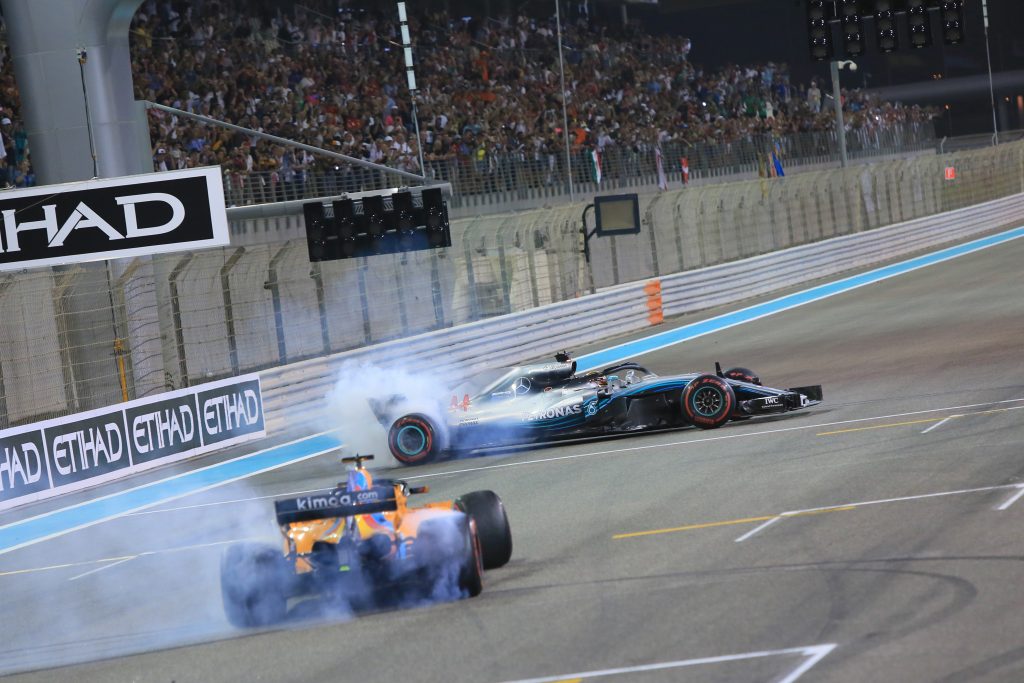 Abu Dhabi Grand Prix – Fernando Alonso said that he appreciated the “nice gesture” from Sebastian Vettel and Lewis Hamilton at the end of the race.

Both Lewis Hamilton and Sebastian Vettel paid tribute to Fernando Alonso by driving with him in a formation cool-down lap and executing donuts on the start-finish straight.

The move was met with appreciation from fans and Alonso said afterwards that the move was not premeditated.

“It was a good in-lap. It was improvised and not planned. I saw them [Hamilton and Vettel] doing donuts at turn eight and turn eleven, so I caught the leaders,” said Alonso.

“Then, one car was on the left, one was on the right, and we kept going like this until the start-finish line, so I’m really thankful to them for the nice gesture, and it was nice to celebrate by seeing the chequered flag. I was trying my best to be in the points with the two Haas’.

He admitted that the gravity of his final Formula One weekend hadn’t quit sunk in and that he would need to take some time to reflect after this weekend.

“I think I still need a couple of days to see and to digest everything. There have been a lot of things that were prepared for me from the team, from Liberty Media, from Formula One, but I didn’t have any time for myself.

“Each time I go to my room, I look at my telephone and I see hundreds and hundreds of messages. I sit down in the chair and somebody knocks on the door to tell me to go out and see a new person, so I’ve had literally no time.

“So, I need a little bit of time for myself and realise the magic weekend that I’ve had.”