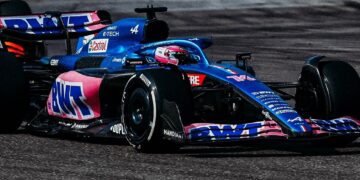 Alonso has US P7 reinstated after review

Alonso has US P7 reinstated after review 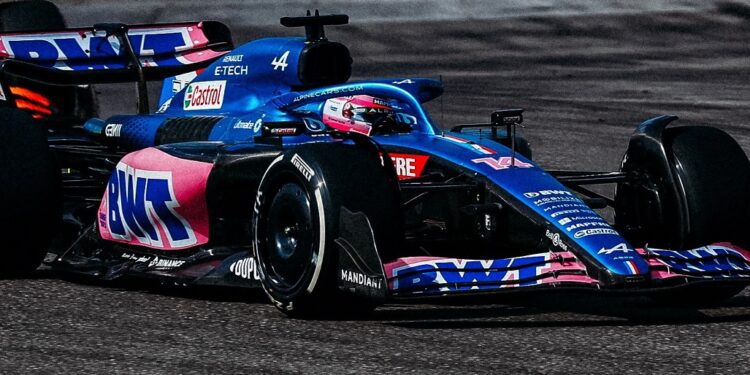 Alpine were successful in getting the stewards to overturn their decision to penalise Fernando Alonso despite having their initial protest dismissed.

After last week’s race Haas submitted two protests to the stewards, against Sergio Perez and Alonso, for driving unsafe cars. Perez because his front wing endplate was hanging off before it detached completely, and Alonso for driving with a mirror shaking about before falling off.

Haas have on multiple occasions this season been forced to pit for repairs after being shown the black and orange flag – meaning a car is unsafe to drive and must pit – and felt that both Perez and Alonso should also have been shown that flag. The Perez protest was dismissed as the damaged part fell off and what remained was safe to continue with but the stewards agreed about Alonso’s car and handed the Spaniard a drive through penalty which converted to 30 seconds added to his race time, knocking him from P7 to P15.

On Thursday evening in Mexico the stewards and representatives from Alpine and Haas came together to debate Alpine’s protest of the stewards decision to admit Haas’ original protest as it was made outside the allowed 30 minute window.

The protest however was unsuccessful with the stewards concluding that “there is no ability or right for any party to “protest” a decision of the Stewards nor against a summons to a hearing” and ironically, that Alpine lodged their submission well outside the allowed time.

The stewards noted that instead of putting in a useless protest, Alpine should either have appealed to the FIA’s International Court of Appeal or else, if they had significant and new information that they didn’t have at the time of the original hearing and it was within 14 days of the event being queried, they could petition for a review.

Alpine took the stewards suggestion and petitioned for the decision to be reviewed then. With all relevant parties still assembled, the review took place after the dismissed protest hearing.

The significant and new information that Alpine had was that it was not until the publication of the stewards decision to give Alonso a penalty that they discovered Haas had been 24 minutes late in submitting their protest. And also that, they hadn’t known that it was a member of Race Control, later revealed to have been Race Director Niels Wittich, who had told Haas they had an hour rather than 30 minutes to lodge a protest until that fact was presented in Alpine’s unsuccessful protest a little earlier.

The stewards agreed that those reasons did qualify as new and significant for Alpine and so the review could go ahead. The French team then successfully argued that the only reason for a protest window being extended was if it had been impossible for a team to have lodged a protest within the deadline.

The Oxford Dictionary then made an appearance with its definition of impossible being quoted as something that cannot happen or be achieved, which Haas admitted that they would have been able to submit their protest within the allowed 30 minutes if they hadn’t been told by Race Control that they had a hour to do so.

After hearing that there had been nothing, other than misinformation, that made it impossible for Haas to have submitted their protest in time the stewards voided the decision made in Austin which penalised Alonso.

Despite putting Alonso back into the points, the stewards are still worried that the two-time champion was driving an unsafe car.

“The stewards are, notwithstanding the above determinations, concerned that car 14 was permitted to remain on track with a mirror assembly hanging loose which finally fell off, and strongly recommends procedures be put in place to monitor such matters and where necessary, require the problem to be rectified as has been done multiple times in the past, through either a radio call to the team or display of the black and orange flag, requiring the car to return to the pits for the problem to be repaired. Teams also have a responsibility under the FIA Formula 1 Sporting Regulations Article 3.2.”

The stewards also mentioned that the FIA President, Mohammed Ben Sulayem, “has initiated a review into the use of the black and orange flag.”