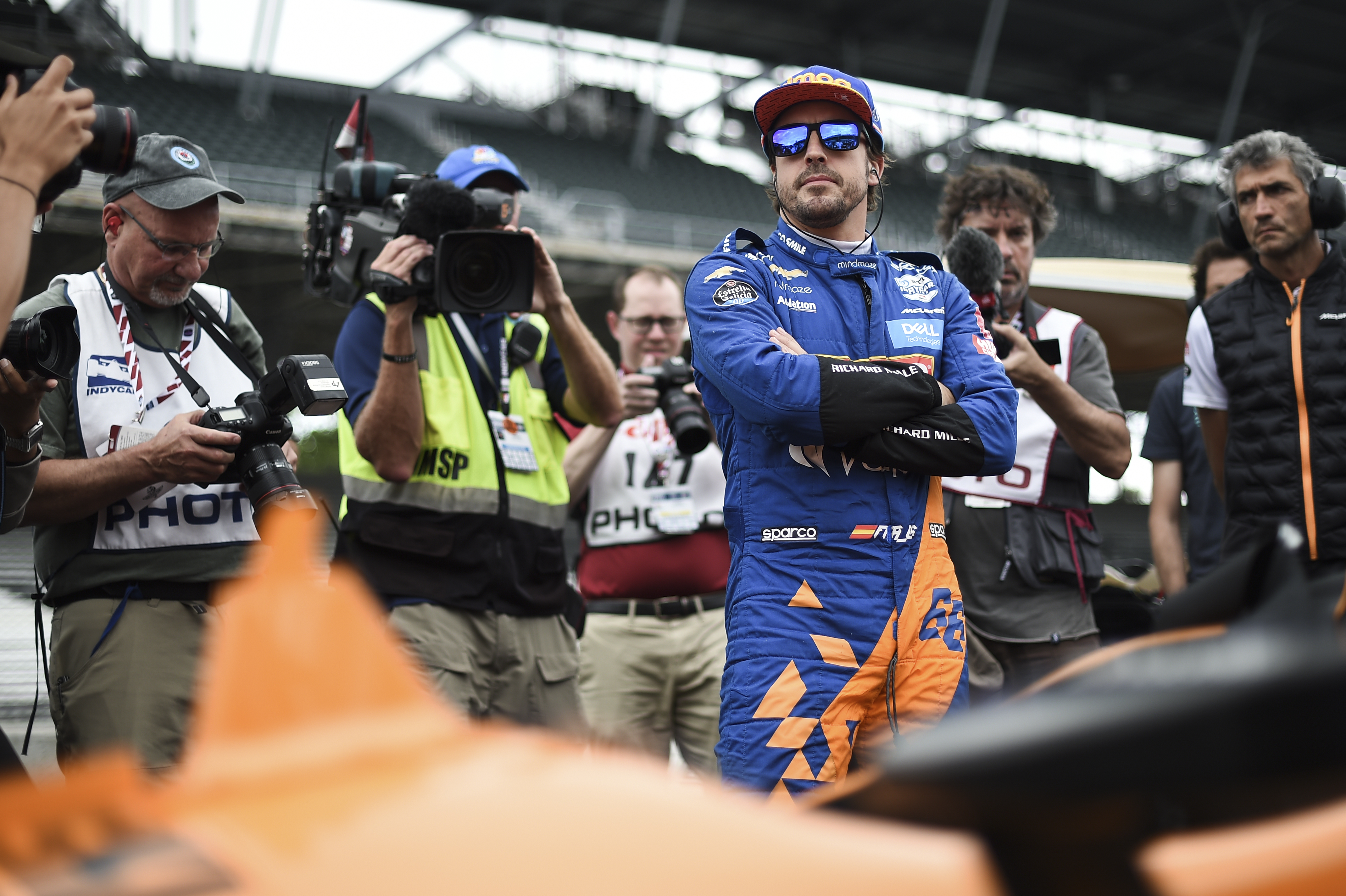 Fernando Alonso will return to race in the 2020 Indy 500 with McLaren, with a third car entry from the team alongside their two regular drivers.

Two time Formula 1 World Champion Fernando Alonso will return to the Brickyard this May, to take part in his third Indianapolis 500. The Spaniard confirmed he has signed a deal to race with Arrow McLaren for the Indy 500, marking the third occasion he’ll take part in the legendary race.

Alonso previously raced in the Indy 500 in 2017 and 2019 with one-off entries from McLaren. While the 2017 event was largely successful and competitive right up until Alonso’s Honda engine went bang almost within sight of the chequered flag, the 2019 race was a disaster as Alonso and McLaren failed to qualify.

With Alonso departing Formula 1 at the end of 2018 and his formal relationship with McLaren coming to an end at the close of 2019, it appeared his chances of returning to Indy for this year were pretty slim. A rumoured link-up with Andretti Autosport was reportedly shut down by Honda, due to the relationship turning sour when Alonso denigrated their Formula 1 engines. McLaren, entering IndyCar on a fulltime basis with a two car entry for 2020, always left the door open for a possible return and, with the team powered by Chevrolet, they have successfully negotiated a deal that sees Alonso join fulltime racers Patricio O’Ward and Oliver Askew for the race.

Alonso will therefore have another attempt at the motorsport ‘Triple Crown’, having already won the F1 Monaco Grand Prix and sportscars’ Le Mans 24 Hours. The Indianapolis 500 is the one race he’s missing, and Alonso is in an unofficial race with Juan Pablo Montoya to be the first contemporary driver to achieve the elusive Triple – Montoya having won Indy and Monaco.

Alonso will drive the No.66 Arrow McLaren SP Chevrolet, sponsored by Ruoff Mortgage. He said: “I am a racer and the Indy 500 is the greatest race in the world. I love the incredible fans who make it so special for all of us drivers and make me want to come back. I have maximum respect for this race and everyone who competes in it and all I want to do is race against them and give my best, as always.”

“It was important for me to explore my options for this race but Arrow McLaren SP has always been at the top. I have a special relationship with McLaren; we’ve been through a lot together and that creates a bond, a loyalty that is strong.” Alonso continued.

“But more than that, I am impressed with how the new organisation and operation is developing into a strong package with the Chevrolet partnership. The team has experienced, well-qualified people and great resources, and I’m confident we can be competitive.

“I’m focused and excited to begin our preparations. It will also be great to work with Oliver and Pato, two fantastic young talents for the future who are growing all the time.”

Fernando Alonso is a +3000 longshot to win the Indy 500 this year, which puts him around the 14th-favorite. There’s little reason to consider him and McLaren a serious contender after they failed to qualify last year, says Paruk from SBD. In reality, it’s only name recognition that has his odds as short as they are.

Sam Schmidt, co-owner of Arrow McLaren, had always left the door open for an Indy return for Alonso, and said: “Adding Fernando to the team brings a level of experience and expertise that will benefit our two young, talented full-time drivers in Oliver and Pato. We have fast cars at Indy and fully believe he has the talent to run at the front, not just participate. That, combined with Chevy power and the experience of the team, will make this trio of drivers one of the strongest in the field.”

McLaren CEO Zak Brown said: “We’ve always said we’re open to running Fernando in a third car for the 500, so we’re delighted he’s decided to join us. Fernando is one of the greatest drivers in the sport and it’s fantastic to have him as part of the team. It’s a fine way to contest our first Indy 500 as Arrow McLaren SP and to have Ruoff Mortgage backing Fernando is a perfect partnership.”

Arrow McLaren SP and @alo_oficial will join forces with title partner @RuoffMortgage to compete in the 104th Running of the Indianapolis 500. 👊 Find out more below.@ArrowGlobal // @McLarenF1 // #INDYCAR // #Indy500