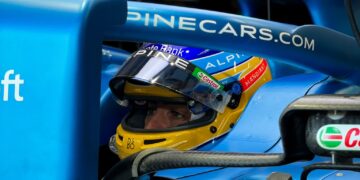 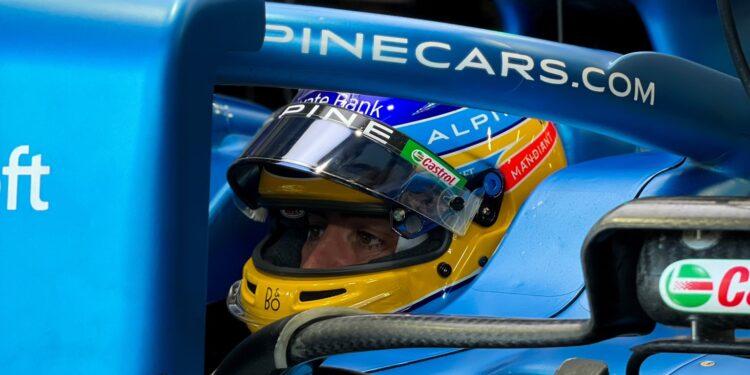 The two-time world champion set a 1:11.238 which was 0.8 seconds clear of second placed man Max Verstappen in the Red Bull. Mercedes’ Valtteri Bottas set the third fastest time, a further 0.3s down.

Click here to view the full results from FP2

In the final session before racing begins this weekend, the build up to the session was marred by controversy with potential penalties for both championship contenders Hamilton and Verstappen.

Hamilton was found to be in breach of technical regulations with a rear wing infringement, and Verstappen was alleged to have been in breach of Parc Ferme rules. Mercedes were given written permission to change Hamilton’s rear wing ahead of FP2.

However, all eyes were on track for the session and, with no changes allowed in between Fridays’ qualifying and FP2, there was little action in the early part of the hour.

After the first 15 minutes, Red Bull’s Sergio Perez was the pace-setter with a 1:13.219. However, his teammate Verstappen and neither Mercedes car had run yet.

Verstappen then shot up the timesheets with a 1:12.102 on a set of used soft tyres with Alpine’s Esteban Ocon moving into second place, with nearly a second down on the benchmark.

In the second half of the session, Alpine’s Fernando Alonso jumped up into first place with a 1:11.238, some 0.8s faster than Verstappens best time set earlier.

Mercedes seemed to be focusing on longer runs with Valtteri Bottas down in 13th place, and teammate Lewis Hamilton in 18th. With the Sprint coming up later on Saturday, several teams were analysing the harder compounds for the Grand Prix.

In the final few minutes, the Mercedes cars picked up the pace with Bottas moving into 4th place and Hamilton two tenths behind in fifth. Alonso Still held his advantage up front from Verstappen and Ocon.

Bottas improved further by setting a 1:12.355 and moving up into third place on the timesheets.

Ocon ended the session in fourth place, with Hamilton down in fifth. Perez set the sixth fastest time ahead of Alfa Romeo’s Antonio Giovinazzi.

The Ferrari’s were in eighth and ninth with Carlos Sainz ahead of his teammate Charles Leclerc. Kimi Raikkonen in the other Alfa Romeo rounded out the top ten.