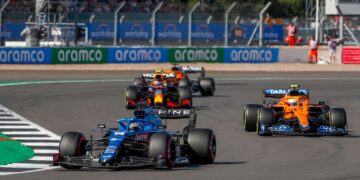 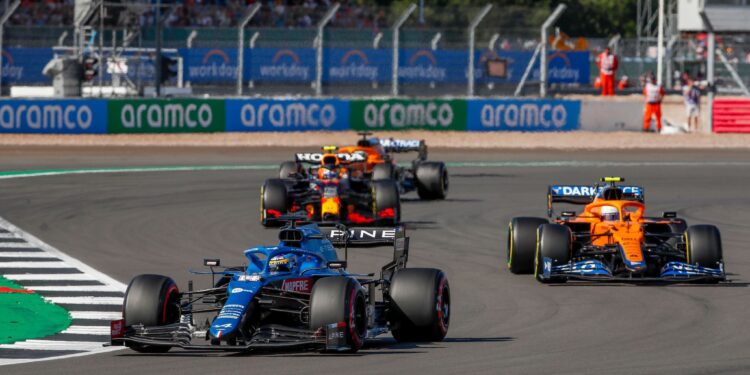 British Grand Prix – it might have been a twenty-five minute Sprint race for the fans but for Fernando Alonso defending made it feel much longer.

After just missing out on Q3 and the top ten shootout yesterday, Alonso looked on the bright side, saying: “It was unfortunate to be out before Q3, but it’s a new format this weekend. We have another opportunity tomorrow to gain places on the grid until we race on Sunday. Let’s see what we can learn and improve ready for tomorrow.”

Come Saturday afternoon’s Sprint Qualifying session, the two-time World Champion seized that opportunity with both hands on the opening lap, sailing past his opponents with ease and moving himself up from P11 to P5 on the opening lap.

He's pretty good at these race starts, isn't he? 🚀@alo_oficial absolutely aces it at lights out in the F1 Sprint #BritishGP 🇬🇧 #F1 pic.twitter.com/RpA4JnDr1v

However, despite his best defensive attempts, the Spaniard was unable to hold his old team, McLaren, off for the remainder of the race and fell back behind Lando Norris and Daniel Ricciardo. The end of the race saw Sebastian Vettel on the his tail but Alonso was able to bring the Alpine home in P7.

Speaking afterwards Alonso said: “It was very intense. Only 45 seconds to 1 minute of high intensity, after that it was a very long race for me. I know that it was a sprint qualifying for you but for me it was like a marathon because I was a little bit out of position, P5 was not our real pace on track, so we had to give up on the McLarens but then we could hold Sebastian behind. P7 is good for tomorrow.”

The Alpine driver was very happy with the decision to race on the red-walled soft compound tyres, a choice that only three other drivers – his teammate Esteban Ocon, Valtteri Bottas, and Kimi Raikkonen – also made. Alonso also believes that the level of tyre degradation will make the Grand Prix quite difficult.

“We gained four positions and I think we made the right call [on using the soft tyres]. The start was mega, first lap was very good, and then the degradation was okay. It was higher on the red [soft] tyre but not to a point that you could not drive anymore.

“I think tomorrow is going to be difficult because also the yellow [medium] tyre degrades quite a lot so it is going to be a long race for everybody.”