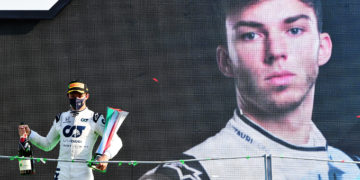 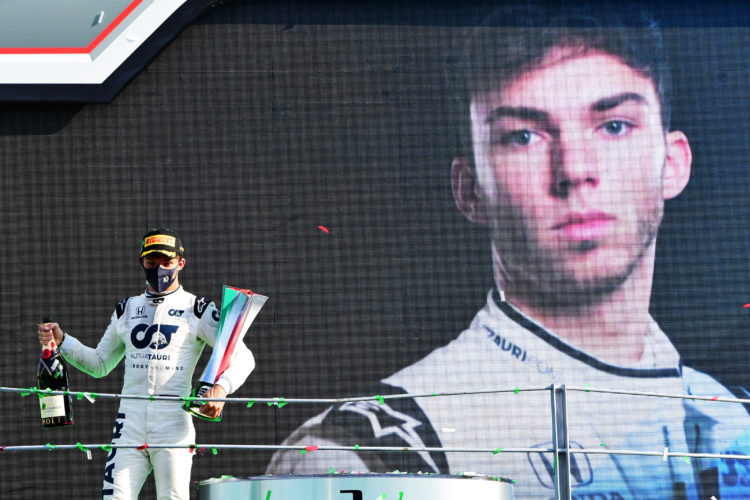 Imola Grand Prix – Alpha Tauri have confirmed one of their 2021 drivers, with Pierre Gasly set to stick with the Red Bull junior team for next season.

Red Bull have finally definitely nailed down one of their drivers for the Alpha Tauri team for 2021. Unsurprisingly, Pierre Gasly has been kept on for another year after becoming one of the sport’s standout drivers this year.

Gasly rejoined the then- Toro Rosso team midway through 2019 after poor performance at Red Bull Racing, but has bounced back strongly since to score consistently strong results which included a shock win at the Italian Grand Prix at Monza.

As a result, Gasly will stay on for the 2021 season. “I’m extremely happy to continue with Scuderia AlphaTauri for another season!” said the French driver.

“This year is going very well, and we are on track to have our most successful season in the team’s history. I feel we have a very strong relationship, we have managed to take every opportunity that’s come our way, the best one at the Italian Grand Prix. ”

Having won the team’s home race at Monza, it was just the second in the team’s long history as Minardi, Toro Rosso and now Alpha Tauri. “Winning my first Formula 1 race in Monza was a very special moment for me, and it was made extra sweet to deliver a second win in the team’s history, so I’m very proud of that.” said Gasly. “I’ll do my maximum to push the team and take all my responsibility to bring it as far forward as I can. I’m looking forward to next year’s challenge and continuing with Alpha Tauri both as a premium fashion brand and a racing team, to keep performing as much as I can to achieve even more success in the future.”

The identity of his teammate is yet to be confirmed. Daniil Kvyat is unlikely to be kept on for another year, due to being consistently beaten by Gasly since the French driver’s return to the team. The Russian driver is likely to be replaced by Japanese driver Yuki Tsunoda, as Red Bull look to promote their promising young driver from Formula 2.

Team boss Franz Tost has not hidden his happiness with Gasly’s 2020 performances, and welcomed Pierre for another year with the team: “I’m delighted that Pierre will remain with us for the 2021 season. He has been part of the Red Bull driver pool for many years and I hope he will remain in the Red Bull family for many seasons ahead. Since he came back to the team last year, he consistently showed extremely good performances achieving two podiums, with a second place in Brazil in 2019 and a win at the team’s home race at this year’s Italian Grand Prix.”

“Pierre has proven to be highly competitive also thanks to his great race craft, extracting the car’s potential at every race and giving valuable feedback to his engineers. He is mentally very strong, he is always motivated and when he sets a goal he gives it his all to achieve it. I’m looking forward to extending this cooperation and having a successful 2021 season together.”