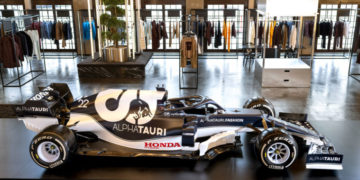 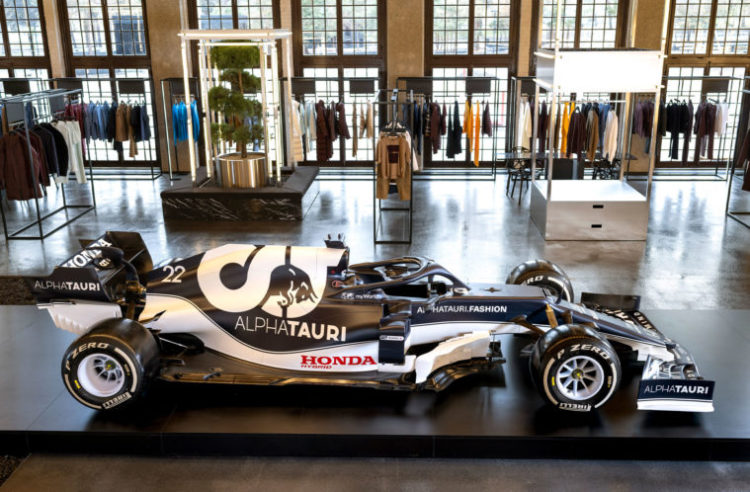 Alpha Tauri have revealed their 2021 car, the AT02, which will be raced by Pierre Gasly and rookie Yuki Tsunoda this season.

Alpha Tauri have revealed their new look for 2021, launching the Honda-powered AT02 with an all-new matte blue and white livery. The team, named after Red Bull’s burgeoning fashion brand, held their launch online at their new clothing showroom in Salzburg in Austria. This allowed them to show off their new clothing collection together with the team’s new look for the 2021 season.

Alpha Tauri head into 2021 with Honda power for the final year of factory support from the Japanese manufacturer. However, as announced earlier this week, both the team and Red Bull Racing have had their engine supply assured until 2025. Red Bull Powertrains Ltd., an internal company, has been set up and will buy Honda’s engine technology to maintain their own engine programme during the upcoming engine freeze.

Honda-backed Red Bull junior driver Yuki Tsunoda steps up from Formula 2 to F1 this year, and becomes the first Japanese driver since Kamui Kobayashi in 2014 to race in the sport. The 20 year old enjoyed a brilliant rookie season in F2 with Carlin, and he joins Pierre Gasly who stays on at the team for another year. The French driver won his first Grand Prix in 2020 as he claimed victory at the Italian Grand Prix.

“The decision to go for Pierre and Yuki in 2021 was taken because Scuderia AlphaTauri’s philosophy is still to give talented young drivers from the Red Bull Junior Program the opportunity to step up to F1 and to educate them – this is why Yuki now gets his chance,” explained Team Principal Franz Tost.

“With Pierre on Yuki’s side we have an experienced driver, who can help our Japanese rookie to develop faster, but at the same time we can aim for good results. I think this pair is the best possible scenario to achieve both our targets, and I’m also confident this will be a successful one.”

The car pictured at the fashion shoot was merely a livery reveal, showing off a tweaked blue and white look as well as increased Honda branding and white rims. The team simultaneously released shots of their 2021 car in a studio setting, with the AT02 hitting the track during pre-season testing in Bahrain on the 12th of March.

“I’m ready to take on the role of team leader. Yuki is a very quick driver, and he will help us move the team forward – we will work together to achieve that,” said Pierre Gasly, the team’s all-time top points scorer. “I really believe last year was the team’s best in terms of the way it worked, the development, the performance and the way it managed the race weekends. I’m always hungry for more, and I’m sure we can achieve great things in 2021.”

Yuki Tsunoda, who was honoured with the Anthoine Hubert Award for best Formula 2 rookie in 2020, added, “I’ve been lucky enough to spend some time with Scuderia AlphaTauri ahead of the season, so I’m already developing strong relationships and learning a lot from them – including Pierre, who is an incredible talent. My main goal is to learn quickly and deliver results as soon as possible, and I’m really excited to get started.”

bringing the heat once again in 2021 🤙#AlphaTauri #F1 pic.twitter.com/GVFSEcFiUF