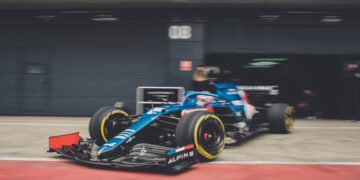 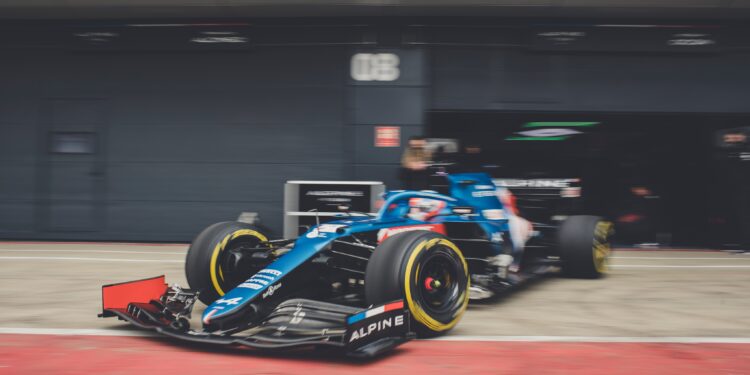 Newly appointed Alpine CEO Laurent Rossi has said that the French squad’s current car has ‘reached its limits’ and is looking to develop the ‘best ever car’ ahead of the swathe of new technical regulations next season.

The teams’ current car piloted by two-time World Champion Fernando Alonso, and Frenchman Esteban Ocon is very much an evolution of last years’ Renault – Rossi admits that the team has got all they can out of the A521.

“What we want to do is carry on building on what we’ve done. We know we’ve more or less reached the end of this car anyway,” said Rossi. “So [we need to] extract as much as we can out of this car, use this to fine tune the operations’ organisation and in the meantime make sure we build the best ever car for the next regulation era.”

There have been a number of new arrivals to the Enstone-based team, including Suzuki MotoGP team boss David Brivio as Racing Director, and Executive Director Marcin Budkowski. Rossi believes that these new team members have made positive contributions to the marque already.

“The team back in Enstone has changed quite a bit in the past few years,” said Rossi . “Even though we’re working with a car that has kind of reached its limits and it’s a good car – it’s not the best car, we can see it – but it’s a good car.

“The team in place now is a different set of people – not all of them – there’s tonnes of them that are very good but there’s a bit of change: Marcin came in, started to put his touch on the team; we hired a couple of high-profile engineers.

“So very confident that this new mayonnaise will taste good next year, we’re French, so we know a thing or two about mayonnaise!

“We have a plan, we have a vision. When I arrived I spoke quite extensively to Marcin, he laid out a pretty clear roadmap for the team.”

Rossi replaced long-time Renault boss Cyril Abiteboul after January of this year, and the ex-engineer is eager to get stuck in and work with the rest of the team quickly.

“I went into the weeds, because I’m an engineer, and I spoke to all the engineers, and I realised that they’re pretty much aligned with him, which is rare, because I’ve been to many organisations where you talk to the top and you go to the layers underneath it’s not always aligned.” Rossi continued.

“So that gives me a lot of confidence because there’s a plan in place. There’s best practices here that are coming from all the teams. We have people that worked in the top teams in the past 23 years.

“We have a two-time world champion that’s going to bring the expertise in. I think we’re on the first step of a long journey, but I’m very confident.”