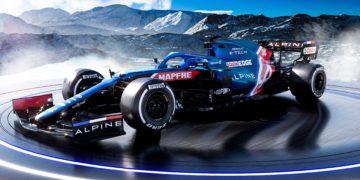 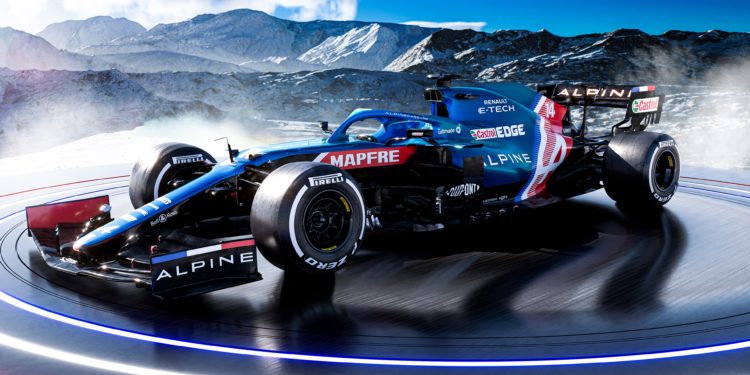 Alpine will kick off their on-track activities for 2021 by holding a filming day at Silverstone on Wednesday. Esteban Ocon will be at the wheel of the new A521 for the day’s track time.

Filming days are used as marketing activities by the teams, with two days permitted for teams to bring their current cars along to a circuit for filming purposes. The 100 kilometre limit, on specially designated Pirelli tyres, prevents teams from using the days as a development test, but does mean initial systems checks can be carried out. For all intends and purposes, a filming day is frequently used as a shakedown of a new car.

Alpine will head to Silverstone to perform their first filming day of 2021 on Wednesday, with Esteban Ocon at the wheel of the A521.

Red Bull Racing carried out several filming days last week with Sergio Perez, Alex Albon & Max Verstappen, but mostly used their 2019 RB15. This was more of a private test, but the team did use up one of their two filming days by sending Perez & Verstappen out in the RB16B on Wednesday. Alfa Romeo had a filming day at the Circuit de Catalunya in Barcelona last Friday, while Alpha Tauri held theirs at Imola last week. McLaren also held on in the rain at Silverstone two weeks ago.

By contrast, Mercedes are opting against holding a filming day before pre-season testing. Team boss Toto Wolff confirmed on Tuesday the team will hold theirs with the W12 on March 16th at Sakhir, in the days following the official pre-season test at the circuit.