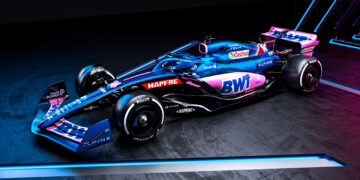 Alpine unveil two liveries for their A522

Alpine unveil two liveries for their A522 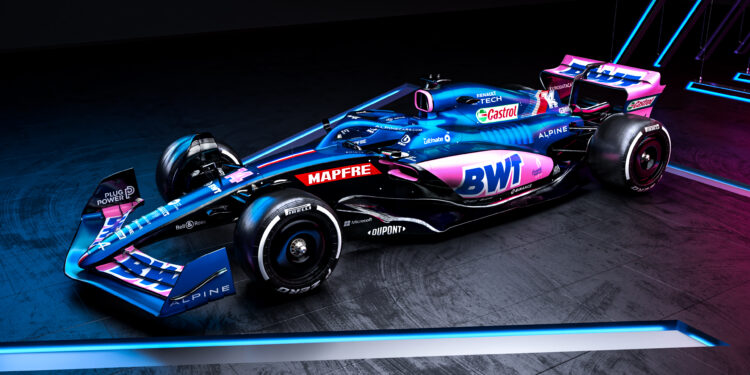 In the last launch before testing in Barcelona, Alpine have revealed two liveries which will be sported over the 2022 season.

While the BWT Alpine F1 Team’s official livery is a bright blue and pink design, for the first two races of the season, Bahrain and Saudi Arabia, will sport a predominantly pink version of the livery to celebrate their new title partner, BWT.

The driver line-up remains the same for 2022 with Fernando Alonso and Esteban Ocon, each taking a podium last year with Ocon’s being his maiden F1 win, and the two will be backed up by new reserve driver, F2 champion Oscar Piastri.

After all the pre-season simulator work, Ocon is looking forward to getting behind the wheel of the actual A522 for a filming day tomorrow ahead of the three days of testing.

“We are going to be driving that car for the first time tomorrow, Ocon said. “But we’ve been working with it for a long time now – making the seat, driving it in the simulator. There’s been a huge amount of hours from both Viry and Enstone working on that car.

“It’s going to be pure pleasure for us to be driving it for the first time. It’s an honour as well to be taking the pit limiter off and releasing the power out of the car, it’s always a special moment and I can’t wait for it to happen tomorrow.”

Alonso meanwhile is glad to see the new regulations finally coming into play as they were the reason he re-joined the grid.

“I came back to the sport in 2020 because of these regulations, “ said the two-time world champion. “So it has been one year and a half waiting for these cars. The car looks fantastic with the new regulations in place and I like the new livery. We have a new engine and we’re confident we had a good development in place for this new generation of car.

“We won’t know where everyone stands until Bahrain, but we’re excited to take the car for its first spin in testing this week. I hope the new regulations have worked and we get more exciting wheel to wheel racing this year.”

On the management side there have been some changes, last week Alpine finally announced the open secret that Otmar Szafnauer would be joining them as Team Principal. Alpine’s CEO, Laurent Rossi believes that Szafnauer “will bring knowledge, experience, proven leadership and much needed team building skills”. As well as that, Alpine have a new Technical Director, Matt Harman, while Pat Fry will be their Chief Technical Officer.

“We are proud racers,” Rossi said. “And have poured the essence of Alpine’s racing heritage and passion into this new generation of car. We have a clear plan and vision in place at Alpine and we have some of the best people in the business to help drive us forward and realise our ambitions. Our team is stronger now and, we hope, future-proof.

“Our driver line-up is the perfect recipe to help deliver the results we want to achieve on track. In 2022, we want to show constant progress with comprehensive developments across all sites to ensure we are contenders for the title in the future. We are going in the right direction and we want to carry on our climb to the summit.”