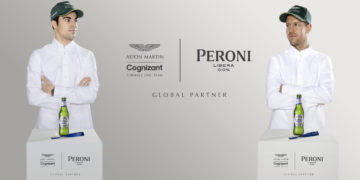 Another new sponsor for Aston Martin

Another new sponsor for Aston Martin 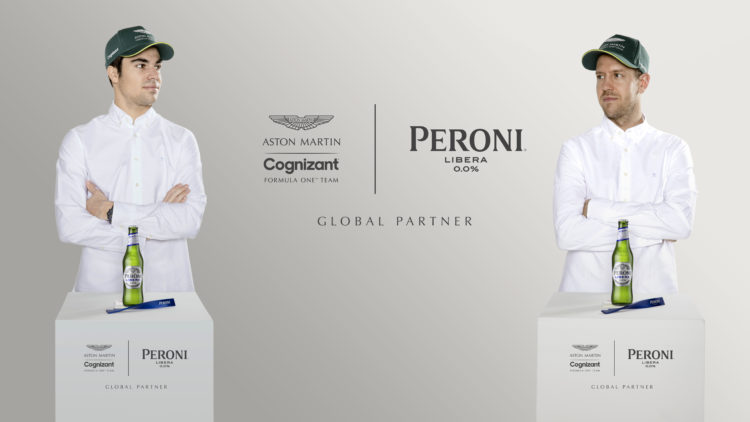 Peroni Libera 0.0% logos will appear on the new Aston Martin car, which will be called the AMR21, as well as on the team’s kit. The car is set to be launched on March 3rd.

The partnership plays a key role in the ambitions of the Peroni brand’s parent company, Asahi Europe & International, to have 20% share of their portfolio dedicated to non-alcoholic products by 2030.

The deal comes in the same week that Aston Martin confirmed a continuation of their existing sponsorship deal with Austrian water technology company BWT – a deal that was thought to be over following the rebrand of the former Racing Point team. As well as BWT, Aston have also confirmed a new deal with SentinelOne as their cybersecurity partner – Aston have also taken equity in this company.

“We are thrilled to welcome Peroni Libera 0.0% to the Aston Martin family, and we are delighted that two such great brands will be in partnership from the very start of Aston Martin’s historic return as a team entrant to the top tier of global motor racing after an absence of 61 years.” said team owner Lawrence Stroll. “This partnership is another boost to the team ahead of the new season and is an opportunity to bring together two iconic brands on a unique journey in Formula One. We look forward to immersing Peroni Libera 0.0% into the team and achieving the brand’s global growth ambitions through the platform of Formula One.”

Peroni will also work with Aston to create engaging content on their social media platforms, aimed at creating an open and transparent relationship between the team’s personnel and their audience. To this end, they’ve released a quickfire Q&A video with both drivers Sebastian Vettel and Lance Stroll.

They've also released a quick little Q&A with Vettel & Stroll to go with it… pic.twitter.com/D3B8zLZdns