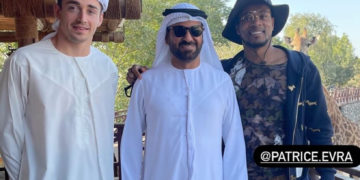 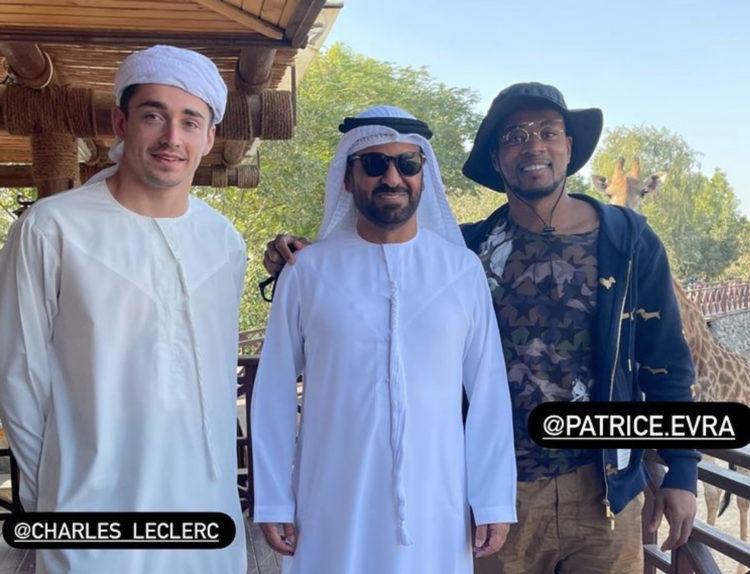 Charles Leclerc has become the latest driver to test positive for the coronavirus, days after returning from a holiday in Dubai. Since the pandemic reached a point critical enough to cause a global shutdown last March, Formula 1 almost made it through the entire season with two apparently isolated cases amongst its star performers.

Sergio Perez, having returned to Mexico to visit his mother in hospital after a fall, contracted COVID-19 in July. He was forced to sit out two races while in isolation and recovering. In October, his teammate Lance Stroll caught it – the Canadian hadn’t been anywhere outside of his work commitments but seemed to just be a victim of coming in contact with someone else.

However, with the end of the season in sight, some of the paddock seem to have mentally relaxed in their thoroughness at observing the safe guidelines. Lewis Hamilton apparently visited friends in Dubai prior to the Bahrain/Sakhir weekends, and contracted the virus. Missing just one race, he appeared to be a shell of himself after his bout – the virus seemingly hitting him harder than it had Perez and Stroll.

Two drivers have since contracted the virus. Lando Norris was confirmed as testing positive by McLaren on the 5th of January. A carefully worded statement made sure to say that the British driver was in Dubai on holiday ‘ahead of a training camp’. He had also been on a trip to Nevada prior to that. Just nine days later, Charles Leclerc has tested positive for the coronavirus while at home in Monaco. Guess where he had just returned home from? Dubai.

While obviously hoping that Leclerc and Norris recover quickly, the proximity of their positive tests highlights the mental relaxation the drivers seem to be going through during the time period where there’s little chance of them missing a race. Having made it through seven months with two drivers testing positive from one team, three drivers from three teams have now tested positive in the space of six weeks.

Leclerc’s confirmation comes as no surprise. His constant posting of updates from his Dubai holiday showed scant regard for the hard effort that most of the world is currently putting in. Wearing a mask seemed optional, as did keeping his distance from other people. There were several updates throughout 2020 that showed he wasn’t being particularly conscientious about maintaining social distance with people, and drew some ire early in the season as he travelled home between races. In normal circumstances, there would be no issue with Leclerc’s activities. But the world is currently not in ‘normal circumstances’.

Leclerc’s statement displays a lack of awareness, a disconnect between his words and his actions. “I hope you are all staying safe. I want to let you know I have tested positive for COVID-19.” he said. “I will remain in isolation in my home in Monaco in compliance with the regulations set by the local health authorities.” I am staying safe, Charles. Because I’m staying home. Which is exactly what was recommended by Monaco’s local authorities regarding non-essential travel. His ignoring of these guidelines, merely adds to the problems, exacerbating and dragging out the world’s eventual recovery.

I don’t want to be seen as piling on Leclerc exclusively, but there was almost a sense of inevitability about him contracting the virus. He has displayed a flippant disregard for the efforts of most people around him and working in F1 who have made the best of being at home. George Russell, for instance, has shown no signs of leaving the UK over Christmas. Kimi Raikkonen has been cooped up at home making snowmen with Minttu and the kids, while Esteban Ocon stayed at home playing Gran Turismo before leaving for a training camp in the Pyrenees. Unlike Norris, Ocon didn’t travel days in advance of the camp.

Pierre Gasly is another driver who has gone on holidays, also travelling to Dubai. Pictures shared on social media, although not on his own account, show him posing without his mask on and standing close to people.

Alex Albon appears to have stayed at home, as has Valtteri Bottas. The Finn went home to Finland, and is currently competing in a rally in the frozen tundra of the Arctic. The other drivers have been largely quiet on social media, meaning it’s difficult to tell where they’ve been in their personal time.

It’s perhaps understandable that F1 drivers, who have to deal with the very tangible dangers of motorsport, might feel blase about the virus. Being rich, young and as publicly prominent as they are, it’s easy to see why they might feel invincible. Their physical fitness will help considerably if they contract the virus, and there might be a sense of complacency due to the season opener still being two and a half months away. But Hamilton, as fit as he is and as healthy a vegan lifestyle that he leads, was knocked for six by the virus. There’s simply no telling how dangerous it might be for each individual driver. Or for the people who Leclerc came in contact with between contracting the virus in Dubai and being diagnosed with it in Monaco.

But that attitude, nor their wealth, doesn’t entitle them to a shield from criticism regarding how they handle the chances of contracting the virus. Nor does the driver’s popularity. Leclerc & Norris are two of the most popular drivers for their embracing of social media. But think of how different the public response would be if it was the likes of Nikita Mazepin who come forward next.

It’s time for the public to make it clear: It’s not acceptable to be travelling for fun, regardless of your status. Making it clear to their social media channels that their behaviour is selfish and inconsiderate, as well as downright dangerous to everyone around them. Having other F1 drivers, who are taking it seriously, weigh in publicly to decry this elitist behaviour would help too. When the pandemic has passed, go wild.

I’d love to travel on holidays right now. Maybe not to Dubai, but abroad. But I’m not going to, out of decency and a sense of civic duty. Out of respect for the overwhelmed health services of the world who have to battle a virus that can’t travel by itself. I, along with family and friends, have barely left my house since last March. So, unless it’s for work, why should it be any different for an F1 driver?