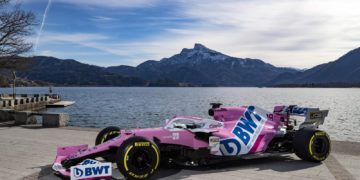 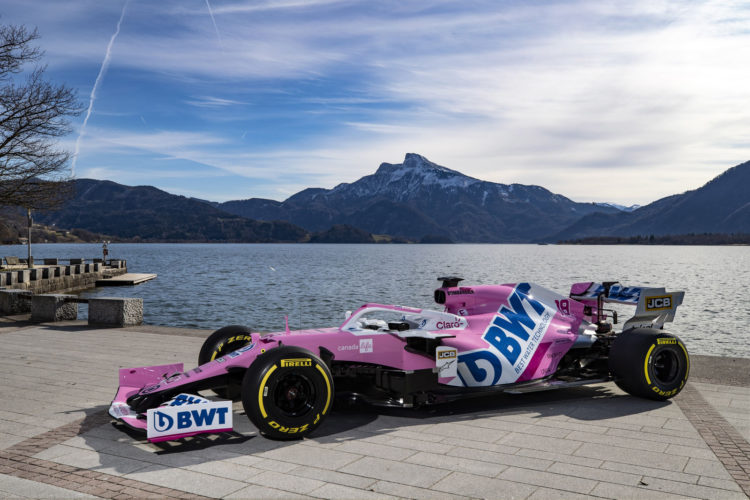 Aston Martin will retain BWT as a sponsor for 2021, continuing the agreement after the team’s rebrand from Racing Point. BWT’s sponsorship of the Racing Point team resulted in one of the most visually distinctive aesthetics in Formula 1, with the team’s cars dubbed the ‘Pink Panthers’ due to their striking colour scheme.

Having signed up with the former Force India team in 2017 and through the Racing Point ownership change, BWT’s involvement with the team grew to that of title sponsor in 2020. However, with Lawrence Stroll buying into Aston Martin and securing a naming rights agreement between his two entities, it was expected that BWT and Aston Martin would part ways – Aston have signed new title sponsor in the form of Fortune 500 company Cognizant while, on a superficial level, BWT’s pink branding being completely at odds with Aston’s green base colours.

As reported by Decalspotters, BWT negotiated with Williams and Haas regarding sponsorship deals. However, these deals have fallen through and BWT have signed up again with Aston Martin for 2021.

Aston Martin launch their new look car on Wednesday, 3rd of March, and the team have already confirmed an ‘all-new base colour’, but the car will now include ‘subtle BWT brand accents as well as BWT brand logos’ on the team’s livery.

BWT, which stands for Best Water Technology, say that they will continue to work with the team on helping to reduce the use of disposable water bottles and minimise plastic waste.

“As well as success on the track, we will work with Aston Martin to achieve its objectives away from the track by becoming more sustainable.” said BWT CEO Andreas Weissenbacher. “It means continuing the work from last year to cut down the use of disposable bottles at the track, minimise plastic waste and facilitate the local treatment and consumption of water. Additionally, we are looking forward to starting cooperation with more people in the F1 community who are also convinced of our mission to fight for a plastic-free planet and who are ready to spread this mission to people around the globe.”

“Our friends at BWT have been loyal supporters of this team and I am delighted they have chosen to be a partner of Aston Martin.” said CEO and Team Principal Otmar Szafnauer. “BWT will support our efforts to become more sustainable in all areas of the business, but especially in our trackside operations – a goal that marries up with Formula One’s own sustainability objectives. This is a strong and historic partnership entering an important new era, and we are all excited to see what we can achieve together.”

Aside from the new BWT deal, Aston have also signed new sponsor SentinelOne as their Cybersecurity partner on a multi-year deal. SentinelOne will provide the F1 team with their cybersecurity measures, having won the tender to supply the same to the Aston Martin Lagonda company in 2018. Stroll’s F1 team has also acquired equity in SentinelOne, binding the two companies together in what they say is a ‘game-changing level of technical co-operation’.