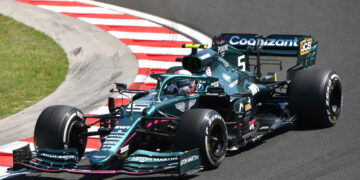 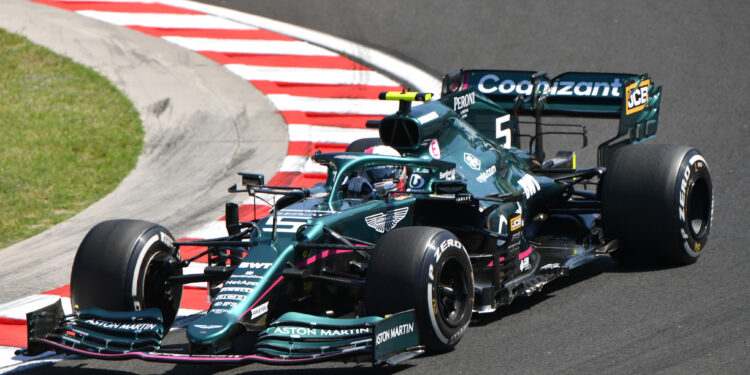 Members of the Aston Martin team are set to meet the FIA via a video call at 15:00 CET on Monday August 9 to discuss the case.

Vettel initially finished second behind winner Alpine’s Esteban Ocon, but was disqualified after the race due to the stewards being unable to take one litre of fuel from the car. The German was ordered to stop his car on track as soon as the chequered flag fell, and the FIA were only able to take 0.3 litres from the tank

However, the British squad believes that it has discovered “significant new evidence” that was not available to the stewards at the time that the decision was made to disqualify Vettel from the race. The car was impounded by the FIA in order to transport it to their technical facility in France for further tests.

The team has explained that, by its calculations, their fuel flow metre shows that 1.74 litres was available to be extracted from the tank, however only 0.3 litres could be pumped out of the car.

It is understood that the team believes that the lift pump on Vettel’s car had failed, which further hampered any attempts to remove fuel from the car.

The team have lodged a separate appeal over this matter which will see them be able to replace the damaged lift pump thus helping them remove the fuel from the car.

The hearing will enable the team to present new evidence which will then dictate whether Aston Martin has grounds to take another look at the penalty. If this is the case, then another hearing will be called to investigate.

A statement from the team read: “After Sebastian Vettel’s drive to second place on the road in the Hungarian Grand Prix on Sunday August 1st, he was disqualified from the results when a 1.0-litre sample of fuel was not able to be taken from his car after the race (a requirement as set out in the FIA Formula One Technical Regulations).”

“There was and is no suggestion that Vettel’s Aston Martin Cognizant Formula One Team AMR21 car benefited from a performance advantage from the alleged regulatory breach, or that it was deliberate.

“Since the team’s data indicated that there was more than 1.0 litre of fuel in the car after the race – 1.74 litres according to the data – the team immediately reserved its right to appeal, and has requested a right of review alongside the appeal procedure, as a result of having discovered significant new evidence relevant to the sanction which was unavailable to it at the time of the FIA stewards’ decision.”