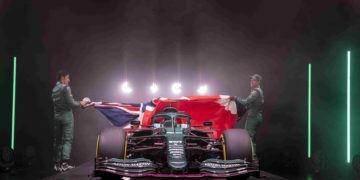 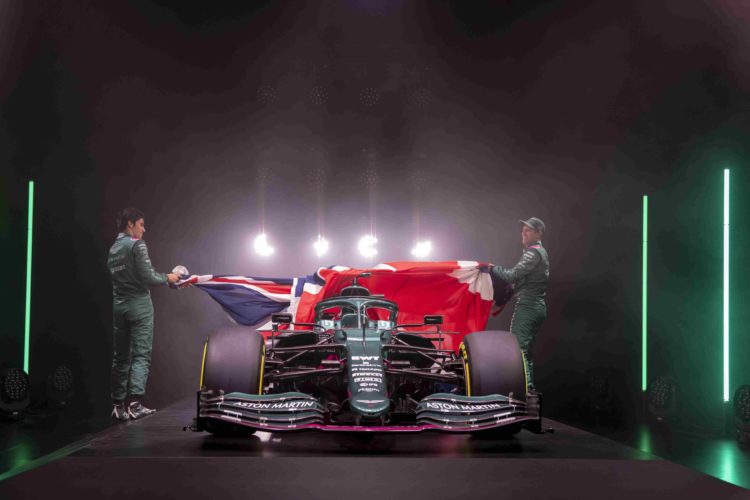 Aston Martin will kick off their 2021 season on Thursday, with both Sebastian Vettel & Lance Stroll driving the AMR21 at Silverstone. Having launched their 2021 car, the AMR21, on Wednesday, Aston Martin will bring along their new car to Silverstone on Thursday. Both race drivers Sebastian Vettel and Lance Stroll will have the chance to drive the car over the course of 100 kilometres of track time, as the team shake down their new car.

Filming days are obstensibly marketing days for teams to get on-track imagery and footage of their current car on track. Equipped with specially designated Pirelli tyres and with the mileage limit, teams aren’t able to use these two permitted days as development tests. But they do serve well as a means for teams to carry out shakedowns ahead of the crucial on track tests, with 2021’s official pre-season testing getting underway in Bahrain on the 12th of March.

While largely an evolution of last year’s Racing Point RP20, the new Aston Martin features an all-new chassis, as Technical Director Andrew Green outlined some of the lessons they’ve learned from last year and taken into this season.

“2021 is going to be a tough battle and it’s probably going to be a very close fight with small margins making the difference – like it was at the end of 2020, if not closer.” said Green. “We want to show what we’re capable of delivering, weekend in and weekend out: consistency is going to be the key for us. Last year, it was a new car with a completely different development philosophy, and it was always going to take time to realise the car’s full potential. In Formula One you never stop learning, and over the years we’ve learnt a lot. The AMR21 is an expression of that never-ending learning curve. With the 2021 car being closely related to 2020, we should start the new campaign with a much better understanding and we can aim even higher again.”

With Vettel getting his first drive of one of the team’s cars on Thursday after his high profile departure from Ferrari after six years, Green says his signing underlines Aston’s growing credibility within the sport: “Having Sebastian in the team is a massive statement and again it shows how far we’ve come in the past few years to attract a driver of his experience and ability. He’s already driven the car in the simulator and the feedback was promising and insightful. Sebastian’s experience and knowledge is exactly what we as a team need right now. It’s incredibly exciting to have a four-time World Champion working with us as part of the team.”

“On the other side of the garage, Lance continues to impress and he’s still only 22. Every time he drives the car, he climbs out of it with a little more experience, and experience is crucial to any driver. And now he has a four-time World Champion as a team-mate, so, like every single one of us, he’s going to be able to benefit from the different perspective that Sebastian will bring. Lance is extremely talented, make no mistake about that. He delivered some truly superb drives last season. Now, as he gains more experience – and as he learns from Seb, as we all will – I’m sure he’ll build on the form he established in 2020 and deliver even more in 2021.”