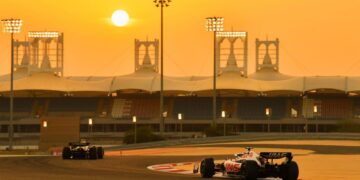 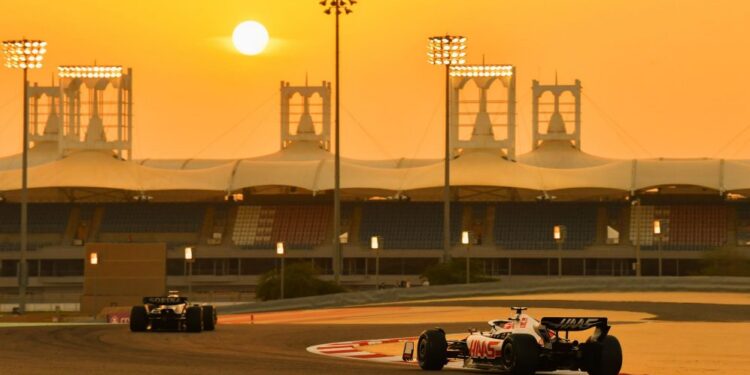 The final pre-season test in Bahrain started at a leisurely pace, despite the new regulations creating cars that were shaking and bouncing down Barcelona’s main straight a couple of weeks ago. Causing literal headaches for the teams and drivers, one of the main talking points when the teams arrived at Bahrain was who had conquered F1’s bouncy return to ground effect in the short gap between the two tests?

F1 teams try to avoid being bullish during testing, preferring to underperform and over deliver. Throughout the week when asked, teams refused to state where they thought they were in the pecking order, instead heaping praise on their rivals.

What did become clear during the three day test is that some teams have taken a step forward, while others are in a far from ideal position.

The final pre-season test always sees substantial upgrades brought to the new cars, after work is done back at the factory to build on the data gathered at the shakedown. Bahrain saw F1’s two current biggest players bring major upgrades to the car, causing a stir in the paddock.

Testing times are never reliable when looking at the competitive order before the season starts, however there were clues on how the teams fared in Bahrain.

Red Bull was unsurprisingly one of the stand out performers in Bahrain. The RB18 looked composed and well balanced on all fuel and tyre compound runs, with Max Verstappen and Sergio Perez in the top segment of the timesheets across the three days.

With rumours in the paddock of a major update to the car, shutters were in front of the Red Bull garage as the final day got underway.  An hour into the session they were pulled away, and the RB18’s redesigned sidepods came into view as Sergio Perez took to the track.

Red Bull’s Dr Helmut Marko let a sly smile slip when Perez went fastest on his first flying lap.  An improvement on the car’s existing design, the new sidepods  made an already quick car even faster.  Team Principal Christian Horner was equally pleased when reigning World Champion Max Verstappen replaced his teammate at the top of the timesheets in the afternoon. Lap times in testing can be deceiving, but the paddock is of the opinion that the RB18 is the car to beat when F1 returns to Bahrain for the first race this weekend.

The team from Marenello once again were quick and reliable at Bahrain, near the top of the timesheets across the three days. No major changes were applied to the car in Bahrain, the team instead opting to refine the strong package first seen in Barcelona.  Ferrari have experienced no mechanical issues at either of the pre-season tests, putting them in a strong position.

Expectation follows Ferrari every year as hope builds before the season starts, and Team Principal Mattia Binnoto has been very careful in interviews to downplay the F1-75’s performance.

The car looked strong throughout the test, raising hopes this could be the year Ferrari return to the front of the grid following difficult times for the Scuderia. Riding a wave of upward trajectory following their third place in the constructors standings in 2021, the team is widely believed to be Red Bull’s nearest challenger as the 2022 campaign gets underway.

Haas began the pre-season test not being able to run, not due to car failures, but because their freight was delayed arriving at the track. It was already a tough week for the team, having announced they were ending their contract with Nikita Mazepin and title sponsor Uralkali, owned by Mazepin’s father Dmitry. Having covered the least laps of any team at the Barcelona shakedown, Haas started the Bahrain test with significant challenges to overcome.

However they were able to coax their ex driver Kevin Magnussen back into F1, giving Mick Schumacher a realistic baseline to be measured against. The issue with their freight also meant they were granted an additional hour’s running at the end of each day of testing. This presented the team with a unique opportunity to run in similar conditions to next week’s season opener, with the track to themselves.

The car itself surprised the paddock in Bahrain, and many believe it could be the fifth fastest car on the grid.  Kevin Magnussen went fastest of all on day two at the end of the extended time they were granted, with Mick Schumacher jumping to second on the final day after his runs.  Haas want a return to form following a difficult period for the team, with the pace of their car in Bahrain showing that the sacrifices of 2021 may have paid off.

For McLaren, pre-season has been a story of two tests, the success of Barcelona where they left feeling comfortable with the car, and the trials it suffered in Bahrain. The issues have left the team in a difficult position ahead of the season opener, with the realistic possibility that both cars could retire from the race.

The teams had two main issues, the first driver related. Daniel Ricciardo tested positive for Covid 19, meaning that Lando Norris covered the entire test for McLaren. While Norris did an outstanding job for the team, the lack of preparation will initially hinder Daniel Ricciardo’s season.

The second issue was equally challenging for the team as they suffered overheating brakes. Although the brakes were the same specification seen at  Barcelona, they overheated throughout the three days in Bahrain. Long runs were almost impossible for the team, with the car only running 10 to 12 laps at a time before returning to the pits.  The situation did improve slightly as the final day after replacement brake discs were flown out, however the issue was not fully resolved.

Forced to run a compromised testing programme Team Principal Andreas Seidl commented that testing had not gone to plan for the team, and they are not where they wanted to be. The race is now on to fix the problem before the first race this weekend, Seidl stating work is continuing behind the scenes to ensure this happens.

Rumours were abound as the paddock arrived for the pre-season test that the Silver Arrows were about to introduce a major upgrade to their car that would propel them out of reach. The  zero sidepods concept made its debut on the first day of testing, but the team continued to have an understated test, never being near the top of the times as they ran their programme.

The Mercedes suffered from excessive porpoising throughout the Bahrain test, George Russell commenting at one point on team radio that bottoming was an issue. The team has less than a week to try and fix the problem, or this will likely impact them at the first race.

Lewis Hamilton has publicly stated that he does not believe the team can fight for wins with the car in its current guise, with George Russell praising rivals and downplaying Mercedes’s chances at the first race.

Mercedes endured a difficult test in Bahrain in 2021, only to turn up at the first race and win it.  It would not be a surprise to see the Brackley based squad arrive for the race weekend with a more competitive car, given how quick the rate of development can be from the reigning Constructor’s champions.

The 2022 F1 season kicks off this weekend in Bahrain, the first of the 22 confirmed races. Russia’s contract has been terminated, with a replacement yet to be announced.