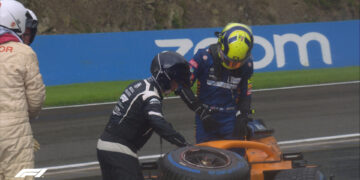 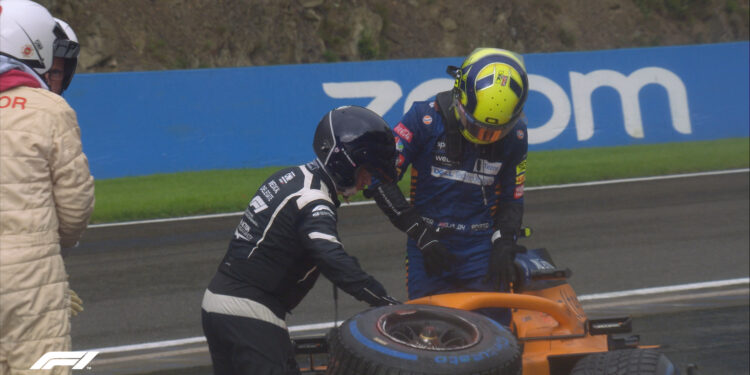 Belgium Grand Prix – Qualifying for the Belgian Grand Prix has been red flagged due to a huge accident which saw Lando Norris hit the barriers at Eau Rouge.

The Briton was on a hot lap in Q3 when he lost the rear of the car at the Eau Rouge / Raidillon section. When trying to correct the slide, Norris hit the barrier and spun around multiple times. The car was heavily damaged.

There were calls for a red flag just minutes before as Aston Martin’s Sebastian Vettel came over the radio to declare that the driving conditions were unsafe. Rain had just fallen before Q3 and the track had a lot more standing water than earlier in the session.

Vettel even stopped by Norris’s McLaren to check if the Briton was ok. Norris did get out of the car and has been taken to the medical centre for checks.

The start of qualifying was also delayed due to a heavy downpour just before the session.