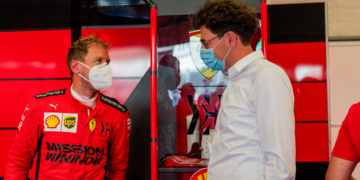 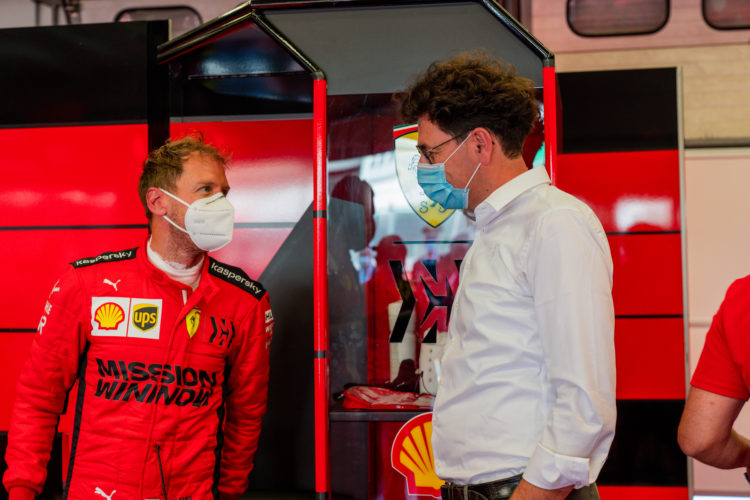 The Ferrari team boss Mattia Binotto confirmed that Sebastian Vettel’s version of events as told during Thursday’s press conference was accurate, and that Ferrari changed their mind about keeping the four time World Champion.

Vettel was told at the start of May that his services are no longer required at Ferrari, meaning this season is his last with the team. He does not have a race seat for next year. Ferrari didn’t offer him a new contract, or attempt to negotiate with him, despite pre-season assurances that he was their first choice to stay on at the team alongside long-term signing Charles Leclerc. Vettel’s seat will be taken by current McLaren driver Carlos Sainz.

“During winter time a lot of drivers asked us if there was any opportunity, and that’s normal at that time,” Binotto told Sky Sports F1. “But as we said privately with him and publicly, Seb has always been our first option.

“But what happened later on is certainly the pandemic changed the situation completely in the world, but also in F1. A more-strict budget cap, regulations which have been postponed which for us were important, 2022, and cars which at the moment are almost frozen and as well for next year.”

“The season had not started and as well for him there was somehow an opportunity [lost] for him to be back on track and really try to prove his intentions to drive fast for Ferrari etc.”

Formula 1’s incoming budget cap does not apply to driver salaries, or to the top three highest paid staff members at a team. This is to ensure the best drivers and top-end staff can be attracted by teams and stay within Formula 1.

Speaking on Vettel’s 33rd birthday, Binotto continued on to say that Sebastian was left surprised by the decision: “I think while he accepts the decision because he is a great and professional guy, I think he never really truly and fully understands it and I think that is part of his surprise. Yes, I think he was surprised which I understand as well.”

“Could I have communicated better with him? That’s something we discussed with him as well. I’m pretty sure there is always a way of doing things better, so I accept it.”