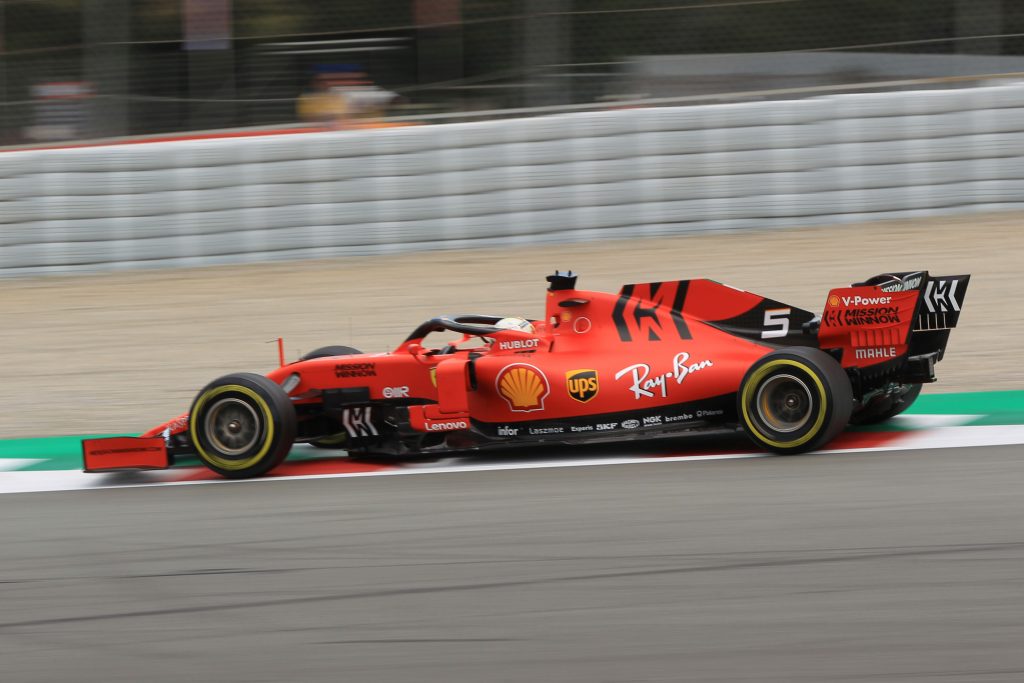 Spanish Grand Prix – Ferrari team boss Mattia Binotto says that the early introduction of their new Spec 2 power unit shouldn’t cause them any penalties later in the season.

Ferrari announced before the Spanish weekend that they are running a new specification power unit with immediate effect, two races ahead of their original schedule. With the team thus moving onto their second of three permitted power units for the season, this raised the distinct possibility of the team needing to take grid penalties later in the season as they would need to run two engines across seventeen events to avoid penalty.

But, as Binotto explained, the plan is that Ferrari may use the original Spec 1 engines again at races in the season where possible: “The early introduction doesn’t mean that we cannot still use PU1 in some races. Maybe that can be an option – but certainly we are not hoping to have four engines per season per driver plan.”

This would probably mean the likes of the Monaco & Hungarian Grands Prix, circuits at which outright power is not essential.

Binotto denied that the introduction of the power unit was a knee jerk reaction to Mercedes’ early season performance, but said that there was a recognition that their own performance wasn’t up to standard: “Obviously when you are planning such a change on your schedule you need to do it a few weeks ago. It’s not something we decided within that week. Having started the season in Melbourne we recognized that somehow we may have been late on our let me say performance compared with our competitors and we tried simply to push on all the main items where we were already planning developments.”

“We were simply looking for opportunities in anticipating some of the programmes. We did it already with an aero package in Baku which was somehow introduced earlier compared to our initial programme. We did it here as well for the power unit. You simply achieve that by trying maybe sometime to shortcut or intensify the activity. I have to say that the people back at Maranello have worked very hard, we intensified our activities, and we are working still very hard, as it seems that’s what we need to do at the moment.”

Both Sebastian Vettel & Charles Leclerc have now got the new power units fitted, although are still running all the original ancillaries such as turbo, MGU units and control electrics.