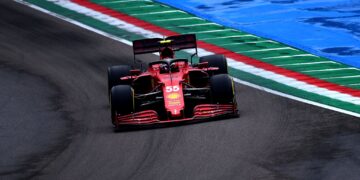 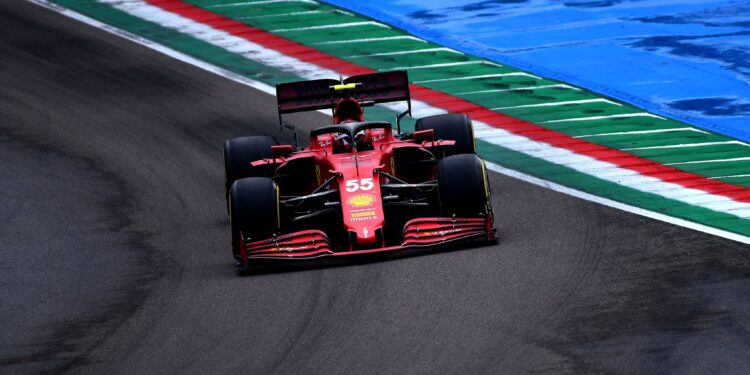 Ferrari’s Mattia Binotto believes that the Italian squad are on course for a recovery after the teams’ first consecutive double points finish of the season at the Emilia Romagna Grand Prix on Sunday – their first since Mexico 2019.

Charles Leclerc finished in fourth, battling towards the sharp end for much of the race; whilst teammate Carlos Sainz was able to battle through the field to fifth from a difficult qualifying session where he started down in 11th.

Binotto is thrilled with the teams’ performance where they have been able to deliver good results at two different tracks, and in completely different conditions.

“On a completely different track and in very different conditions to the first race of the season, this result confirms that the work we are doing is going in the right direction,” said the 51-year-old.

“The fact we are unhappy about not getting at least one driver onto the podium is further proof of that. We can definitely say the outcome of these first two races is a positive one.

“Not since the second half of 2019, specifically the races in Japan and Mexico that year, have we had both drivers in the points in two consecutive races. We must continue like this and show, race by race, that we know how to improve.”

The Scuderia seems to be in a fight with McLaren for the ‘best of the rest’ accolade as the two oldest teams fight for third. However, Ferrari leaves Imola trailing the Woking squad by seven points in the constructor’s championship.

Ferrari had a torrid season last year, their worst for 40 years, after finishing sixth in the constructor’s championship. With a new power unit as well as updates to their current car – the SF21 – Binotto is hopeful that this work will carry on through to 2022 when technical regulations are overhauled.

“I think the 2021 car is working as we are expecting, so good correlation with our data which is great,” said Binotto. “On 2022, we already switched so the team is already focused on next year and we will still have some development on the car.

“Our objective for the season is to still prove that we can progress in all the areas,” said the Italian. “I think we can do it.

“It’s really a matter of mentality and I think more importantly it shows we are capable of progressing, but I am already happy with what we’ve managed to progress [and that] we’re in a tight fight with McLaren for third.”