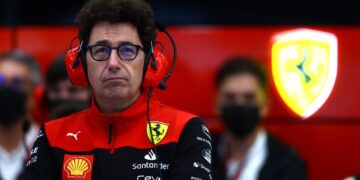 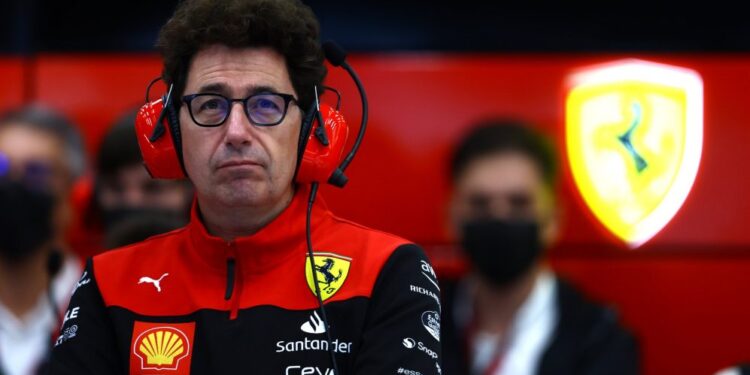 Scuderia Ferrari have revealed that Mattia Binotto will step down from the role of Team Principal at the end of this year.

Binotto joined the Ferrari team in 1995 as part of the engine department and, after working his way up through the years to Head of the Engine Dept, then Chief Technical Officer, he was appointed Team Principal in 2019, replacing Maurizio Arrivabene.

While the Scuderia struggled in the last couple of years of the old technical regulations, 2020 and 2021, only managing eight podiums without any victories during those seasons, Ferrari started 2022 off strong and looked in good position to challenge for the titles once again.

Despite their initial promise, the team weren’t able to keep a consistent fight up with strategy and other mistakes being made. It ended with Charles Leclerc and Sergio Perez fighting for P2 in the championship at the final race, with the Monegasque coming out as the winner by a few points. At that stage the rumours were rife that Binotto wouldn’t be remaining in charge of the race team for long although Binotto and Ferrari were denying them until now.

“With the regret that this entails,” Binotto said in the Ferrari statement, “I have decided to conclude my collaboration with Ferrari. I am leaving a company that I love, which I have been part of for 28 years, with the serenity that comes from the conviction that I have made every effort to achieve the objectives set.

“I leave a united and growing team. A strong team, ready, I’m sure, to achieve the highest goals, to which I wish all the best for the future. I think it is right to take this step at this time as hard as this decision has been for me. I would like to thank all the people at the Gestione Sportiva who have shared this journey with me, made up of difficulties but also of great satisfaction.”

Ferrari’s CEO, Benedetto Vigna, thanked Binotto for his work with the team since the mid 90s wished him well in his future endeavours.

“I would like to thank Mattia,” Vigna said, “for his many great contributions over 28 years with Ferrari and particularly for leading the team back to a position of competitiveness during this past year.

“As a result, we are in a strong position to renew our challenge, above all for our amazing fans around the world, to win the ultimate prize in motorsport. Everyone here at the Scuderia and in the wider Ferrari community wishes Mattia well for the future.”

Binotto’s replacement should be revealed in January as Ferrari say that “the process is underway to identify Scuderia Ferrari’s new Team Principal and is expected to be finalised in the new year”.