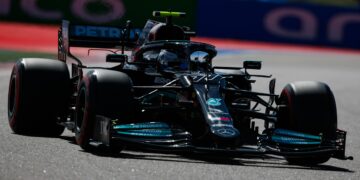 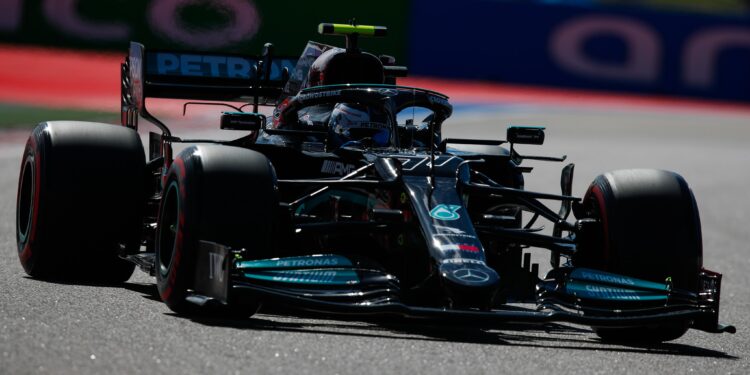 Russian Grand Prix – Just as they did in the opening session, Valtteri Bottas and Lewis Hamilton put Mercedes into the top two spots for second practice.

As it was in the first session, Charles Leclerc was the early holder of the top spot. The Ferrari driver, on the softs, started with a 1:35.5 before shaving it down to a 1:34.925, fifteen minutes into the session Fernando Alonso stuck his first set of softs of the session on and went over a tenth and a half quicker with a 1:34.762.

Power units were the talk of the initial stages of the session with Daniel Ricciardo stuck in the garage for the first twenty-five minutes as McLaren had found an issue with the Australian’s PU and they swapped in a previously used version but said the issue would be fixable this evening.

The other big power unit news started as rumours before the official confirmation came that Red Bull had changed championship leader, Max Verstappen’s PU and as such, he would be starting at the back of the grid for the race alongside Charles Leclerc whose change was announced yesterday.

Mercedes once again had issues with the brake magic button, the cause of Hamilton’s restart error back in Baku, as the seven-time champion headed into the pits for new tyres, the car didn’t stop on its marks and knocked the front jack mechanic down.

Just before the half hour mark Leclerc, on a new set of hard tyres, got slightly wide going into T9 and had a bit of a spin but was able to continue. A few minutes later Antonio Giovinazzi wasn’t as lucky, the Alfa Romeo driver’s spin started the same as Leclerc’s but unfortunately for the Italian, ended with the rear of his car in the wall.

While he was able to get back onto the track, he was quickly told by the team to stop on track as Giovinazzi was losing parts. That brought out the Red Flag while the car and debris was cleared and the session resumed with 15 minutes on the clock.

The high fuel runs were then on the cards and the Mercedes times at the top of the charts weren’t challenged so they finished the second session as they did the first with Hamilton 0.044 behind his teammate.

In the dying seconds of the session Pierre Gasly went over one of the sausage kerbs at T2 and lost his front wing. Despite that though, the Frenchman ended the session P3, 0.252 seconds off Bottas.

Lando Norris was fourth for McLaren with a 1:34.154 while Esteban Ocon was the faster of the Alpines in fifth, despite Alonso topping the times near the start of the session. Verstappen was sixth just over a second off Mercedes with a 1:34.621.

Carlos Sainz was seventh for Ferrari, 1.085 seconds off the top, with Alonso in eighth. Sebastian Vettel was ninth for Aston Martin with a 1:34.837 while Leclerc closed out the fastest ten, 1.332 seconds off the best of the session.