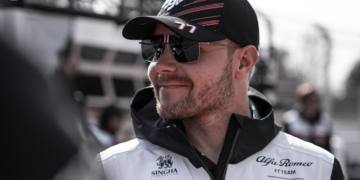 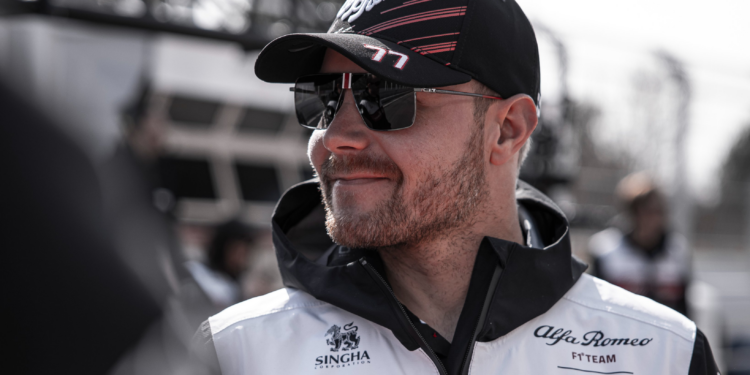 Bahrain Grand Prix – In his first race for Alfa Romeo Valtteri Bottas will be starting alongside his old teammate Lewis Hamilton on the third row.

For his debut with Alfa Romeo, Bottas has given the team their best qualifying position since the 2019 season and has put himself right in the mix with his old teammate and well ahead of his Mercedes replacement, George Russell, who will be starting P9.

The Finn was very happy with his lap and especially as it will be good motivation for the team to see that their new C42 car does have the pace to make it to the sharp end of qualifying.

“P6 is good for us,” Bottas said. “I think we did know that if we got everything right we’d have a chance to get to Q3, but it was extremely close. I got some good laps in and the Q3 lap, I was really pleased with that. P6 I think is really good for our team and the motivation, seeing that it is actually possible and it’s reality.

“It was a really smooth quali, from one lap to another I always managed to find a tenth or so, no issues. I’m proud of the team, everyone in the team and also the factory.”

While Bottas doesn’t feel he’ll be able to challenge for the podium positions, the front couple of teams being out of reach for the moment, but there is a chance that he might be able to compete with Mercedes for P5, as Alfa Romeo feel their race pace is stronger than their qualifying pace.

“I think our race pace, if anything, looked actually better than the single lap pace, so let’s see. I think Ferrari, Red Bull, I feel like they’re a bit out of reach for everyone but who knows, maybe we can battle with Mercedes, that could be fun.”

It was also a good day for rookie driver Zhou Guanyu, who will be starting P15 after he made it through to Q2 on his first try, a feat that was one of his goals for the season.

“I am really happy with Q2 on my first race weekend,” said Zhou. “This was always my initial target and to clear this box in my first race is something that I really wanted after seeing how the car performed in the practice sessions.”

The Chinese driver’s day could have been a little bit better with a P14, but a track limit violation saw his best Q2 time deleted, but is looking forward to the Grand Prix and hopes to end higher than he’ll be starting.

“Unfortunately, my best attempt was deleted, I saw the replay and it was really close. We lost one place due to that, but we’re still in a good position. There are a lot of positives we can take ahead of tomorrow. I don’t have a set target for my first race – I want to move forward as I know we were good in race trim during testing, so we have an opportunity to make up places.”